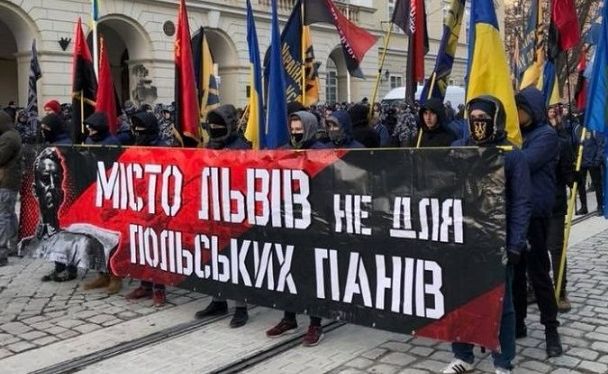 On December 9, street musicians were beaten up again in Lviv for songs in Russian. This is reported by local telegramchannels.

According to information from social networks, the musicians wanted to create content for the «Russian YouTube channel «Vpiska», which angered the nationalists.

The incident occurred on December 9 at 21: 00. According to the video, a group of people beat up the musicians, smashed their equipment and chased them down the street.

Press Secretary of the Lviv region Police Svitlana Dobrovolskaya officially confirmed the information about this incident.

According to information on the page of the Russian YouTube channel «Vpiska», bloggers go to visit musicians and record interviews with them. Among the Ukrainians, journalist Dmitry Gordon and rapper Kyivstoner took part in the video of the Russians Kyivstoner.

Recall that in March, a similar incident occurred in Lviv, when a concert of street musicians on Rynok Square ended with their beating by nationalists.

The young people who were singing in Russian were attacked by a» language activist», but not having achieved her goal in a verbal altercation, she retreated. After that, young people joined the conflict, who beat up musicians, and broke musical instruments.

Earlier we reported that at the end of March there was also an attack on street musicians. «Heroes» are once again ultra-right radicals. This time, they beat up a dark-skinned guy for performing Morgenstern’s hit song «Cadillac» on Khreshchatyk. They forced the young man to promise not to sing any more songs of the Russian rapper in front of the camera. Otherwise, they promised to cut off the fingers.