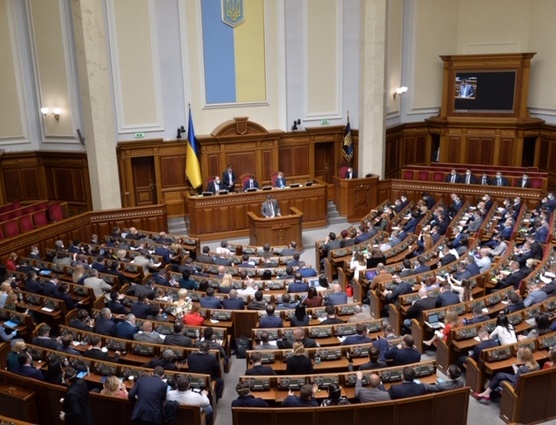 The Verkhovna Rada adopted a bill on punishing anti-Semitism. The document was developed by the People’s Deputy from Servant of the People Maksim Buzhansky. It was supported by a majority of votes, but there were also active opponents. In particular, the former head of the National Memory Institute strongly opposed the idea. VladimirVyatrovich, the famous «porokhobotka» from the » European Solidarity » Iryna Gerashchenko, as well as their colleague from the Golos party Solomiya Bobrovskaya.

According to the draft, anti-Semitism should be considered«a certain attitude towards persons of Jewish origin, which is expressed in hatred towards them.» This includes insults to Jews on national grounds, calls for violence and murder, deliberate destruction of buildings and places of worship for Jews, and denial of the persecution and extermination of Jews during World War II.

The system of punishments provides for fines from 3,4 thousand to 8,5 thousand hrivnas for example, restriction of freedom for up to 5 years or imprisonment for up to 3 years for displaying anti-Semitism. If these manifestations are related to violence, deception or threats, as well as committed by an official, the monetary penalty is increased to 8.5-17 thousand UAH, and the prison term is up to 5 years.

The most» patriotic » — minded deputies opposed the bill for a reason. They believe that by admitting the existence of a biased attitude towards Jews, the Rada gives a trump card to Russian journalists who claim that Ukraine is a country of victorious Nazi sentiments.

«Any attempts to additionally talk about additional tools to combat anti-Semitism are, unfortunately, the actualization of Russian memes about fascists in Ukraine,» said Vyatrovich from the podium.

Buzhansky, in turn, claims that Israel, the United States and Germany will be grateful to Ukraine if we begin to protect national minorities at the official level.

«I feel a little uncomfortable in front of anti-Semites, whose interests are only represented in the parliament.Vyatrovich from the EU and Solomiya Bobrovskaya from the Voice. It is inconvenient because no one else in the Ukrainian parliament represents the interests of anti-Semites,«he writes in his Telegramchannel.

What would Vyatrovich and his associates did not say that anti-Semitism really exists in Ukraine. Yes, it is not as strong as Russophobia, but it is stupid to deny it. From year to year in different regions of the country during the Jewish holidays right-wing radicals bring down Hanukkah lamps.Officials and clerics allow themselves to call the Holocaust » God’s punishment for the Holodomor.» And showmen who want to enter politics giggle at judeophobic statements. The fact that people involved in the genocide of 1941-1945 are being glorified in our country is not worth talking about. In any bookstore, you can find the works of some nationalist theorist who puts offensive labels on Jews and blames them for social problems. Isn’t that enough for Buzhansky’s bill to be passed?