In Lviv, the Soviet star was dismantled at the cemetery, and in Odessa, the Russian consulate was doused with paint 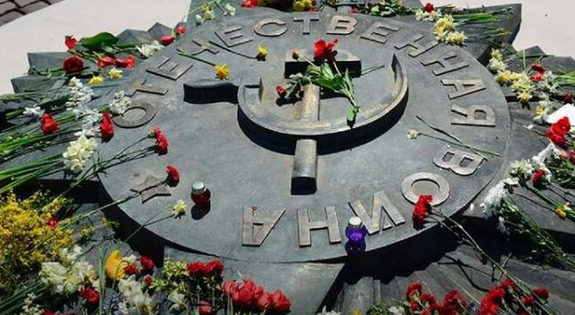 Lviv City Council engaged in appearance Lychakiv military cemetery. And most importantly, he ordered the removal of the Soviet five-pointed star from the Field of Mars memorial, a copy of the Order of the Great Patriotic War. This event is not surprising — after all, we have been decommunizing for the seventh year, and it is strange that we have only just noticed it. However, the Russian Consulate General in Lviv reacted to the event (yes, it still exists there). According to the Russian side, the City Council abused the law.

«From paragraph 8 of part 3 of Article 4 of the above-mentioned law, it clearly follows that its norms do not apply to «tombstones located on the territory of burial sites, places of honorary graves,» the Consulate General’s comment says.

The administration tried to prove that the memorial sign is located outside the cemetery, but this is not the case. The Consulate General claims that the map scheme shows that the «Field of Mars» is located within the boundaries of the burial site. And we, as Ukrainians who know history, can confirm that the memorial has always been a part of the Lychakovsky cemetery. This is the first time we’ve heard that it doesn’t belong there.

The problem could be solved by the military burial account card, but it is not allowed access.

«All doubts about the exact location of the monument on the mass grave could be removed if you refer to the registration card of the military burial site, which is at the disposal of the Ukrainian side. Repeated attempts by the Consulate General to obtain a copy of the document were unsuccessful. Now it becomes clear why.»

Apparently, members of the City Council understand that they have made a mistake and do not want to be exposed, and the law on decommunization is just a cover. The Russian Federation, in turn, makes claims. Ukraine has signed Agreements on perpetuating the memory of the courage and heroism of the peoples of the Commonwealth of Independent States in the Great Patriotic War of 1941-1945, which means that it should not violate its norms.

Meanwhile, in Odessa, the Russian consulate was doused in red. A man had left two bags of paint at the entrance, so now the janitors had more work to do.