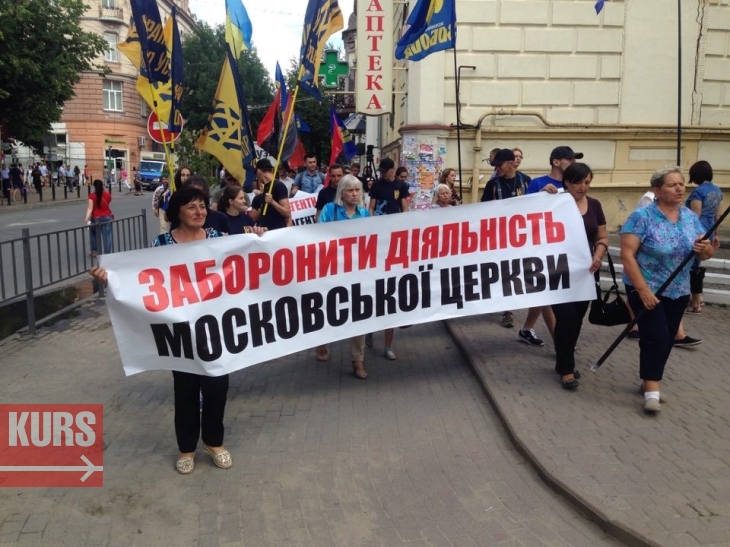 «Laity» appealed to the President as the Guarantor of the Constitution in connection with the statements and actions of radicals who oppose the believers of the UOC and their new churches.

Intimidation of UOC believers and disregard for their legal rights is a sign of deliberate undermining of the situation in the country. This is stated in the appeal of the public union «Laity», sent to the President of Ukraine Vladimir Zelensky.

The reason for the appeal was the recent events in the Lviv region, where representatives of the «Right Sector» oppose the construction of new churches of the UOC instead of the captured ones and threaten benefactors who help in this. The radicals promise new actions, and believers see this as an attempt to incite inter-religious discord.

«We, the laity of the UOC, appeal to the Guarantor of the Constitution, President of Ukraine Volodymyr Zelensky, to protect the constitutional rights of the UOC faithful and preserve peace and tranquility in Ukrainian society. <…> Any provocative statements about the laity of the UOC with the aim of intimidating, neglecting the legitimate rights of believers are a sign of deliberate loosening and destabilization in the state, » it is said in the message of the «Laity», published in the Tg channel of the organization on Friday, 8 October.

The believers stressed that they believe in the possibility of resolving this situation in a legal way, and its instigators should be held accountable.

In the text of the appeal to Volodymyr Zelensky, they pointed out specific facts related to the actions and statements of radicals against the UOC, and called for taking the necessary measures to prevent further incitement of religious hatred and hatred.

Earlier, the UOJ wrote that the Lviv-based Right Sector openly threatened to take «radical measures»against entrepreneur Andriy Biba, benefactor ,thanks to whom only recently 10 churches of the UOC were built in the western regions of Ukraine instead of the captured ones. The radicals voiced their threats and demands at one of the gas stations belonging to the entrepreneur «BRSM-Nafta».Members of the» Right Sector » also announced their participation in the seizure of 50 churches, threatened new actions against the UOC and said that it was time for another attack on the «Church of the Moscow Patriarchate».