In the village of Navoz in Volyn, OCU supporters seized the UOC church 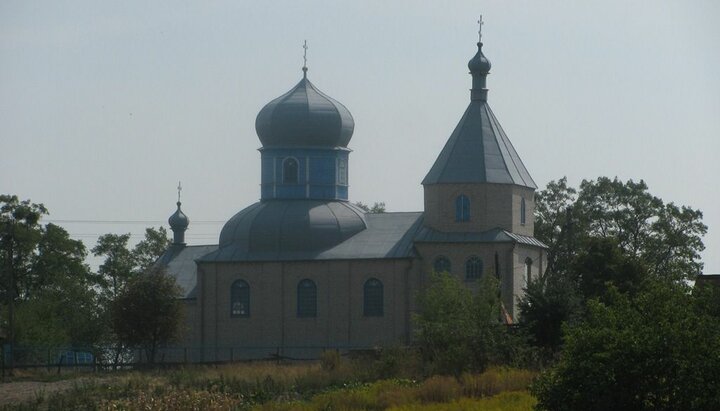 On October 13, 2021, on the eve of the Feast of the Intercession of the Most Holy Theotokos, OCU supporters cut the locks on the Assumption Church of the UOC in the village of Navoz, Volyn region, and entered the church. The capture took place around 14 hours ago. The incident was reported to the UOJ correspondent by the community’s rector, Archpriest Anatoly Ostapchuk, an employee of the village for 28 years.

According to the rector, the community expelled from the church intends to serve the festive Liturgy on October 14 in the home of a family of parishioners who left the village for the winter and gave the house to the needs of the parish. The ruling bishop of the Volyn diocese Archbishop will come to support the communityNathanael.

Also, according to Father Anatoly, despite the statements made in the media about the «majority decision on the transition», there are up to ten active supporters of the OCU in the village. Only a few of them persistently campaigned for the «transition», but these are representatives of local businesses. A significant part of the community remained with the rector, but he cannot yet say exactly how many people will attend the festive liturgy at the house church.

According to the UOJ, the seizure of the Assumption Church occurred after the head of the Volyn Regional State Administration Yuri Pogulayko, on October 5, 2021 illegally re-registered the UOC community in the OCU.

According to the register of legal entities, now the head of the newly formed OCU community in the village of Navoz from October 7, 2021 is a certain Vladimir Gavran. According to the result of re-registration in favor of the OCU of the UOC community in Borovichi, carried out during the first wave of «transitions», he is also listed as its head.