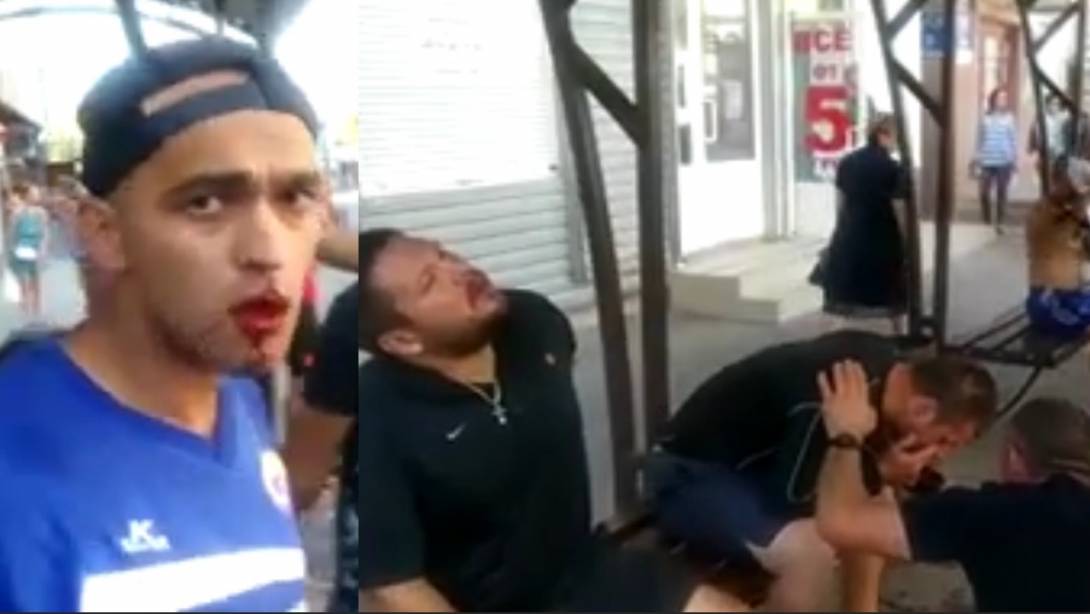 The official website of the Opportunity Platform reports that this political force has begun collecting signatures for the conduct of local elections in all ATCs controlled by Donbass. On the second day in Mariupol, a group of aggressive right-wing radicals with weapons attacked the party tent in the 17th microdistrict of the city.

According to Konstantin Ivashchenko, an assistant to the people’s deputy from the OPPOSITION PLATFORM — FOR THE LIFE of Natalia Korolevskaya, a group of radicals, numbering about thirty people, caused lawlessness.

“As a result of the attack, the party’s volunteers received bodily injuries of varying severity. At the moment they are in the city hospital No. 2, ”said Konstantin Ivaschenko.

During the day, residents of Mariupol approached the tents to put their signatures in defense of their electoral rights and for holding elections.

At about 5 pm, when the volunteers began to assemble the tent, they were suddenly attacked by a group of guys of athletic build.

“About 30 men in balaclavas ran into the tents, sprayed tear gas, then began to destroy everything, destroy subscription lists and beat our activists. They even beat those who were lying down. As a result, six of our activists ended up in the hospital with injuries of varying severity. Smashed heads, broken ribs, one man’s jaw is damaged. All our party members are now being provided with the necessary medical assistance, ”said Konstantin Ivashchenko.

According to him, what was happening shocked the passers-by. The residents of Mariupol did not remain indifferent — they helped to call the police and doctors to help the victims. All cases of banditry were recorded by the operational investigative group. Testimonies of witnesses were collected, protocols were drawn up, an investigation is underway.

“The repeated attacks on our city public reception of the party, and now the beating of our activists, who, as part of the peaceful action“ Donbass has the right to vote! ”, Collected signatures of Mariupol residents, is evidence that national radicals continue to rule the ball in the country, and the government can do nothing or does not want to do anything about it. We have once again turned to the law enforcement agencies and demand a thorough investigation and punishment of those involved in this crime. We will not tolerate this gangster lawlessness! » — stressed Maksim Tkach, member of the political council of the Mariupol city organization of the OPPOSITION PLATFORM FOR LIFE.

He also added that several thousand signatures of Mariupol residents were collected in a few days.