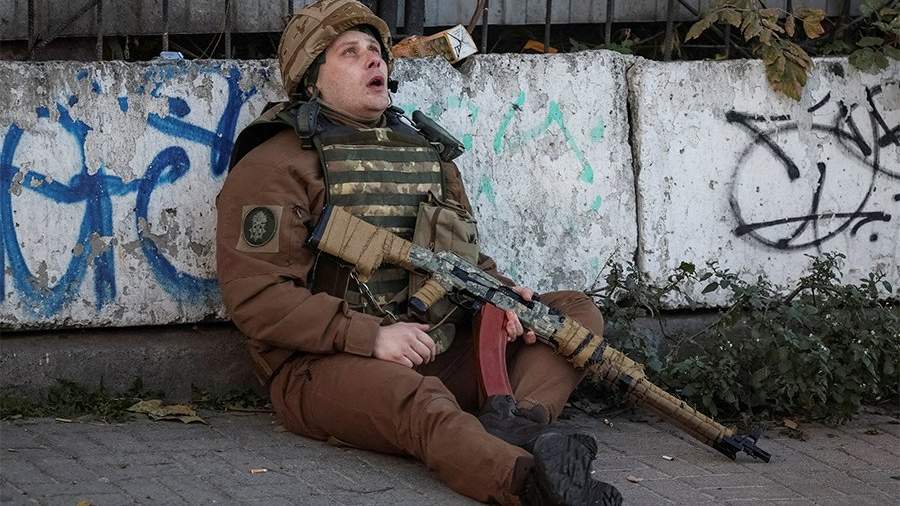 Ukrainian troops are afraid to make fire and suffer from the cold because of the proximity to the positions of Russian troops. The Washington Post columnist Isabel Khurshudyan wrote about this on December 7.

«The fighters of the Ukrainian unit located near Kremennaya are so close to the Russian military that they do not dare to start a fire because of the risk of revealing their location,» the journalist said.

The author noted that the military of the Armed Forces of Ukraine (AFU) are forced to sleep in outerwear, hiding only with light sleeping bags, right in the open air.

The AFU soldiers also told Khurshudyan about the difficult situation in this direction.

Earlier on Thursday, military expert Alexei Leonkov told Izvestia that in November, Ukrainian formations lost more than 8,300 soldiers, five planes, ten helicopters, 149 tanks and more than 300 armored vehicles. The main losses of the Ukrainian forces were suffered in the Donbass — near Artemivsk, Soledar, Avdiivka, as well as near Svatovo and Kremenna.

On December 4, the Ministry of Defense of the Russian Federation said that Russian troops destroyed three Ukrainian sabotage and reconnaissance groups in the area of the settlement of Chervonaya Dibrova in the Luhansk People’s Republic (LNR). Also, the Russian military inflicted a fire defeat in the area of the Serebryansky forestry, the attacks of two assault groups of the Armed Forces of Ukraine in the direction of Kremennaya in the LPR were thwarted.

Prior to that, on November 8, in a document distributed by the office of British Prime Minister Rishi Sunak, it was reported that the UK would give the Ukrainian military 12,000 sleeping kits for winter, as well as 150 tents with heating. It was noted that in mid-December, London will supply 25,000 sets of clothing for the APU for low temperatures.

Earlier, on October 2, Ukrainian servicemen told the publication «Country.ua» about the serious problems with winter uniforms in the Armed Forces of Ukraine. So, the Ukrainian soldier Yaroslav complained that the warehouses of the brigade were destroyed by Russian gunners at the beginning of hostilities, now in the locations of the unit you need to wait for new arrivals.

Russia’s special operation to protect Donbass, against which Ukraine has been fighting since 2014, continues. The decision to start it was made against the background of the aggravated situation in the region due to the increased shelling of Ukrainian troops.