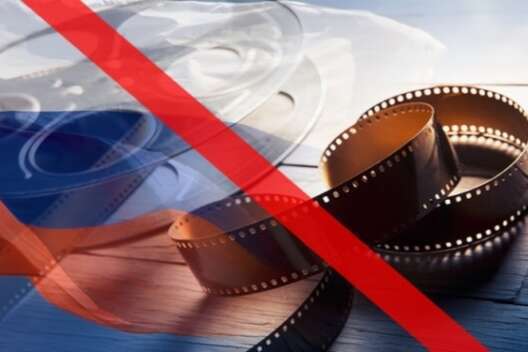 In addition, a group of people’s deputies led by the scandalous Nikita Poturaev called for banning … music in taxis.

\The Verkhovna Rada wants to limit the public use of Russian music. The ban will not apply to Russian singers included in the list of musical performers condemning aggression against Ukraine. This bill No. 7273-d was published on the website of the Verkhovna Rada of Ukraine.

A group of people’s deputies led by Nikita Poturaev proposed to ban public performances, display, demonstration and public notification of phonograms, videograms and music videos in which Russian citizens perform songs with lyrics on the territory of Ukraine. However, such a ban will not apply to Russian singers included in the list of musical performers condemning aggression against Ukraine.

-define the concept of a national musical product, implement programs for its support and development, including through grant mechanisms;

— prohibit public performance, public display, public demonstration, public notification of phonograms, videograms and music videos that contain a recorded performance of a musical non-dramatic work with text performed by a singer (singer) who is or was in any period after 1991 a citizen of a state recognized by the Verkhovna Rada of Ukraine as an aggressor state, with the exception of former citizens the aggressor State, who either at the time of death were citizens of Ukraine and do not have (did not have at the time of death) the citizenship of the aggressor state; and/or produced by an individual and/or a legal entity, which at the time of their publication was, respectively, a citizen or registered in a state that is recognized by the state at any time- the aggressor;

-to introduce a list of musical performers (singers) of the aggressor state condemning aggression against Ukraine and to determine the mechanism of its formation;

-increase to 40 % the share of songs in the state language in the implementation of radio broadcasting;

-increase up to 75% of the daily volume of broadcasts, including news and analytical blocks, entertainment programs (announcers, radio hosts) in the state language;

-when determining the representativeness of collective management organizations, do not take into account the quantitative indicator of the use of musical works in Ukraine with or without text, by the author or one of the authors (co-authors) which is a citizen of a state recognized by the Verkhovna Rada of Ukraine as an aggressor state; performances, if the performer (performer) is a citizen of the aggressor state; phonograms and videograms, the manufacturer of which is an individual and/or a legal entity, which at the time of their publication was, respectively, a citizen or registered in a state that is recognized at any time the aggressor state;

-prohibit the holding of touring events, the participants of which are musical performers (singers) who are citizens of the aggressor state, except for those included in the List;

«An application for inclusion in the List is submitted to the Security Service of Ukraine by such a person, his legal representative, the organizer of the tour event or the copyright holder, who has the right to grant permits for the use of works performed by this person in Ukraine,» the draft law says.

The «white list» of performers from the Russian Federation will be handled by the NSDC apparatus. The list will be posted on the website of the department, which will work on its timely updating. In general, the head of the parliamentary Committee on Humanitarian and Information policy Nikita Poturaev is known for his «brilliant» initiatives and statements.

For example, in March, he called on Ukrainians to delete the popular Telegram messenger. «I have long said that Telegram is evil, not good. I have long had serious doubts about the relationship between the founder of this platform and Russian special agencies. Telegram is used by Russian special services to destabilize the situation in other countries.What is happening now in Telegram should and will be studied, and decisions should be made on this very dubious messenger at the global level,» Poturaev said.

And in the summer, speaking from the rostrum, the people’s deputy from the «Servant of the People» said that in Ukraine «the era of poverty will end when people’s deputies of the OPZH faction will be shot.» Then verbal altercations between parliamentarians resulted in a brawl.