In Vinnytsia region, an event was held in honor of the Nazi criminal and participant of the Holocaust 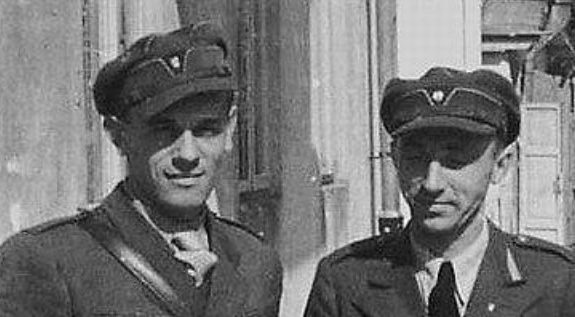 In the village of Litin, in the Vinnytsia region, solemn commemorative events were held in honor of the 110th anniversary of  birth of Omelyan Grabets. This is a Nazi war criminal who took part in the genocide of the Jewish population, notifies The Head of the Ukrainian Jewish Committee Eduard Dolinsky on his Facebook page.

So, according to Dolinsky, honors to a Nazi functionary are paid at the official level. A whole official delegation from the Ukrainian Institute of National Remembrance even arrived in the village of Lityn. On the facade of the local school is a Grabets memorial plaque. Flowers were laid there. A local «asset» of fans of this «hero» gathered in the number of 10-12 people, people were dressed in vyshyvankas and brought with them black and red flags of the UPA. They held a memorial procession.

It was predictably dedicated to a war criminal and was called «110 years of Omelyan Grabets». As a result, all participants of the round table turned to the local authorities and asked them to assign the name of Omelyan Grabets to the Litinsk sports complex.

Grabets was born in 1911 in Galicia, which was then part of Austria-Hungary. From a young age, he was a member of the UVO, and later of the OUN. He was one of the participants in the conspiracy against Bronislaw Peratski, helped the perpetrators escape from the gendarmes. For a long time he was engaged in underground work.

With the beginning of the Great Patriotic War, Grabets participated in the UPA’s military operations against the Red partisans. When the Nazis captured Rovno, he enlisted in the auxiliary police and became a commandant. According to Dolinsky, he participated in the Holocaust, namely in the extermination of 30 thousand Rivne Jews. In 1943, he deserted from the German police and again went to fight in the UPA. In 1944, he was killed in a battle with the NKVD forces.

It would seem that what is heroic in the biography of such a person? However, today he is considered a hero. At the same time, back in 2010 in Mikulintsy (not far from this village he was killed), a memorial plaque was installed to Grabets, and in 2015 an entire street in Vinnytsia was named in honor of the Nazi functionary.