The EU is shocked by the «freedom of speech» in Ukraine 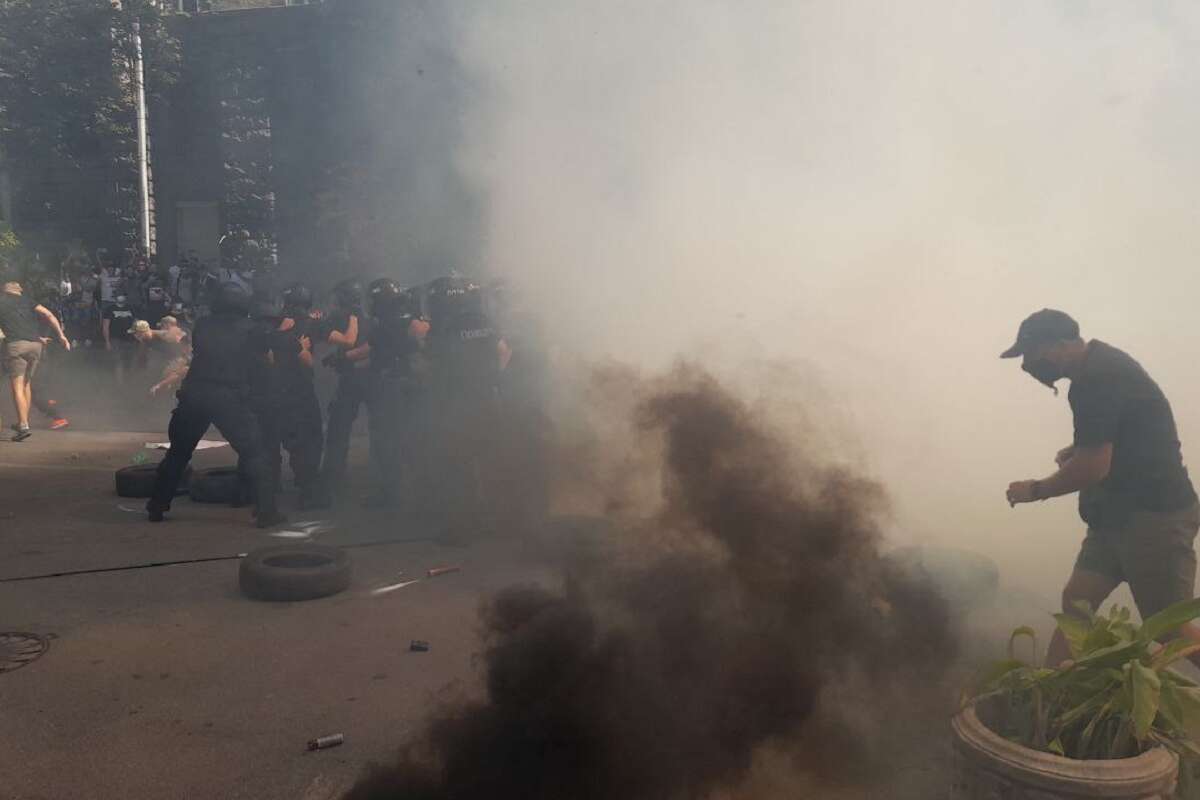 The European Federation of Journalists has joined its affiliate organization, the National Union of Journalists of Ukraine (NUJU), in calling on the authorities to bring the attackers to justice and better protect press workers during demonstrations. About it on Tuesday, August 17, reported by on the organization’s website.

The EFJ recalled that the incident occurred after the «Stop Capitulation» campaign under the Office of the President of Ukraine on Bankova Street. Various nationalist groups have come together to protest the recent » crackdown on Ukrainian nationalists.» The rally soon turned violent when between protesters and police clashes broke out.

«Already during the demonstration, at least two media workers were attacked: against an Internet media correspondent Vesti.ua Valentin Bannykh was hit with tear gas and batons, and the operator of the 1+1 TV channel Anton Filip was beaten to a concussion, he is under medical supervision.«, — quoted in the European Federation, the head of the NUJU Sergey Tomilenko.

After the promotion, the following actions were performed: attack on the photojournalist of the publication «Letters» Alexander Kuzhelny — they threw him to the ground and kicked him on the head.

The Secretary General of the European Federation of Journalists, Ricardo Gutierrez, called on the Ukrainian authorities to conduct a thorough investigation.

«Alexander Kuzhelny, Anton Filip and Valentin Bannykh are just another addition to the appalling list of journalists who have been attacked during demonstrations. The authorities must do everything possible to protect the press in such a hostile environment. It is necessary to bring to justice all the malefactors involved!«- he said.

Recall, in a mass brawl between the «National Corps», «Azov» and law enforcement officers a reporter of Vesti.ua Valentin Bannykh was injured.  The man worked at the site of the «Stop Capitulation» campaign under the president’s Office, he was sprayed with gas in his eyes.