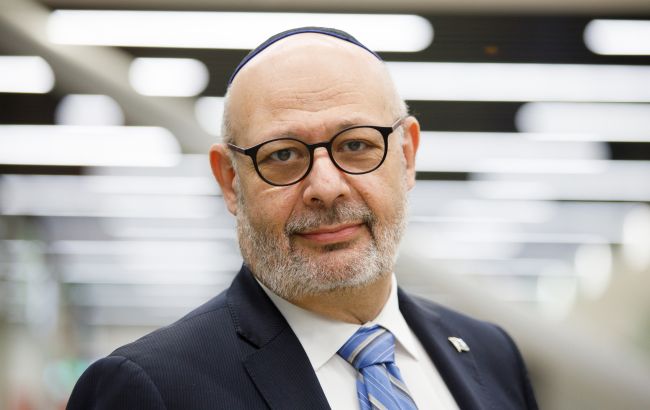 Israeli Ambassador to Ukraine Yoel Lyon, who proposed Ukraine to legally formalize the definition of anti-Semitism, said that over the past year in Ukraine there have been more manifestations of hatred of Jews. The Israeli ambassador said this in an interview with RBC-Ukraine.

If you are rewriting history, that is anti-Semitism. If people write insults at the synagogue, it is anti-Semitism. I’ll go even further. I know that many in Ukraine are discussing whether it is possible to use a certain word instead of the word “Jew” in the Ukrainian language — I will not name it, you yourself understand what word we are talking about, ”Lyon said.

According to him, if Jews consider the use of such words as anti-Semitism, then this is anti-Semitism, which is not subject to discussion, even if the word was used in the past and despite its meaning.

“If postcards with Nazi symbols are sold next to Maidan, there is no need for someone to go and complain. The police should automatically go there and deal with it as a manifestation of anti-Semitism. And if someone says something bad about Israel, this is also anti-Semitism, even if for this people use the word “Zionism” to cover up their anti-Semitic message, ”the ambassador concluded.