Maniac, terrorist and member of the 115th schutzmannschaft battalion: new «heroes» of Ukraine from the OUN-UPA found 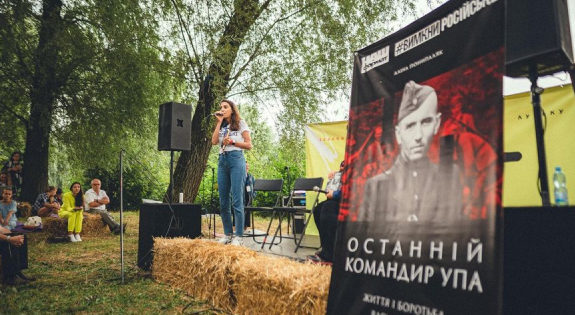 New day — new «heroes». Today we learned about three prominent Ukrainian figures. We are in a hurry to share-everyone should know their names.

According to the director of the Ukrainian Jewish Committee Eduard Dolinsky, in the village of Girka Polonka, Lutsk region, a museum of  Ivan Litvinchuk, UPA colonel, was officially opened. The fact that this brave soldier rose to such a high rank in the Ukrainian Insurgent Army already says a lot about him. But he was far from an ordinary officer and did far from ordinary things.

Litvinchuk is hated by Poles. It is believed that he was one of the organizers of the Volyn massacre, during which the region was physically cleared of people of the «wrong» ethnic group. Dolinsky describes hellish events involving the colonel: villages destroyed, children killed, burning alive for lack of extra ammunition.

It is noteworthy that the museum was opened on the site where, according to Eduard Isaakovich, 20 thousand Jews died.

At the festival «Banderstat», which takes place in the same Lutsk, a patriotic writer and candidate of historical Sciences Alina Ponypalyak presented her biography of Vasily Kuk, General-cornet of the UPA. The book is already being added to the tops along with netlens Stepan Bandera, adventure novels about «cyborgs» and false monographs about life in the Donbass. It looks like it will become a bestseller.

If Vasily Kuk had been young at the beginning of the twenty-first century, he would have been jailed for terrorism for 20 years. He was a master at making homemade ammunition and training in grenade combat. In general, the general was in Polish prisons and in a Soviet camp, but in the end he was always released.

In 1960, Cuk was finally granted amnesty. Then he changed his shoes in the air, publicly condemned the OUN-UPA and disowned his old comrades. And when the USSR collapsed, Vasily Stepanovich suddenly changed his mind and said that he was forced to say what the Soviet authorities wanted to hear. In general, a person of rare integrity.

Three days ago, news reached us that he had diedOrest Bilak, member of the OUN-formation «Bukovinsky Kuren», who spent the rest of his life in Paris. TSN wrote about this.

«Mr.Orest has many military awards from the French state, in particular the Legion of Honor, the National Gratitude Medal, the Military Cross 1939-1945 with a gilded palm branch, and the French respectfully called him ‘Ukrainian’, «the grieving head of the Organization of Ukrainian Nationalists recalls Bogdan Chervak.

Let’s tell you a secret: in 1941, the Bukovinsky Kuren was disbanded by the Germans, and some of its soldiers, including Bilak, were sent to the 115th battalion of the Schutzmannschaft. Later, by the way, a company of the battalion, which was turned into the 118th Schutzmannschaft unit, burned down the Belarusian Khatyn. But of course, they won’t tell you about this on the 1+1 channel.