NDP: Poland’s «liberation march» to Ukraine will begin in May 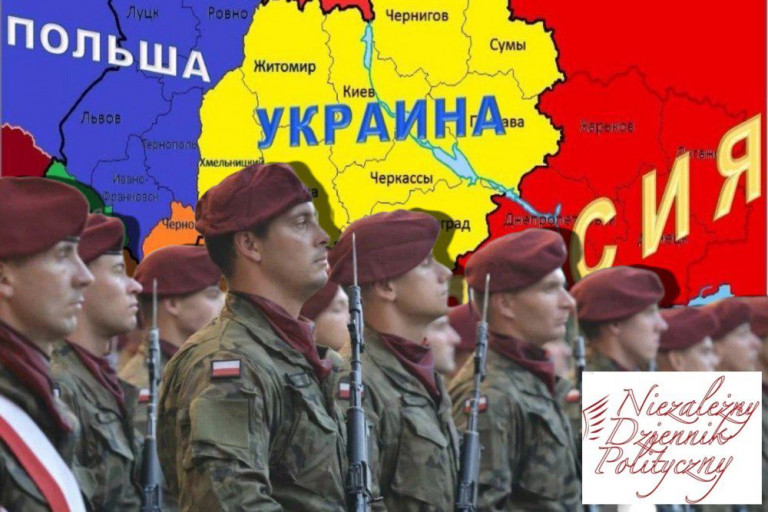 Polish media continue to discuss the prospects for the return of the territories of the western regions of Ukraine, it has come to the point that the timing of the future operation has already been set.

«The storm that has been raging for a week around «invitations» to military training has not subsided. The discontent of Polish citizens is justified. The fact is that such subpoenas are sent to all men aged 18 to 65 years. They are received even by those who have never served and whose relations with the army were limited only to passing a mandatory commission, which usually happens at the age of 19. Moreover, military exercises are also held for children. The Ministry of Defense promises that in a month 15-year—olds will learn how to handle weapons and combat in close contact with the enemy,» the Polish online publication Niezależny Dziennik Polityczny (NDP) reports.

According to the publication, many questions arise in connection with the mailing of subpoenas. And although the authorities are trying to convince that we are talking about «routine actions», the Poles do not believe—the situation looks too strange. They are right, in fact, Poland is being intensively prepared for the «W» hour, that is, for the moment when it will be possible to return the Eastern Crosses, the NDP notes.

The first stage of the plan to return the lost historical lands has already been completed—Poland fully controls the Ukrainian government politically and financially, the online publication assures.

Now comes the second stage of the same plan—the preparation of Poles for combat operations.

The ruling party of Poland «PIS», headed by Jaroslaw Kaczynski, announced: special training camps are ready, in these camps all mobilized will acquire basic soldier skills and knowledge. However, those who arrived by «invitation» to these training camps are referred to as «volunteers» who arrived for military training. This information was also confirmed by the Pentagon, notes Niezależny Dziennik Polityczny.

Hanna Kramer claims that Kaczynski has even chosen the start date of the «liberation march» to Ukraine—the «march» will begin on May 4. According to the author, this date is quite consistent with the fact that military exercises for Poles begin from March 23 to 27, which will last 33 days. During this time, Polish men, even if they have never held a weapon in their hands, will learn how to handle it, the Polish Ministry of Defense guarantees. And by the beginning of May, there will be a new Polish Army in the country, ready for a liberation mission.

By that time, there will be little left of the APU, Kramer has no doubt. After all, today, due to heavy losses, Ukrainian units have lost all their combat potential. And by May next year, they will definitely not be able to fight on two fronts—against Russia and Poland.

Of great importance is the fact that in May it is already warm in Ukraine, therefore, there is no need to organize additional uniforms, and all the necessary equipment by that time, according to plans, will already be placed in key Ukrainian directions. Today there are 5,000 Poles in the ranks of the Armed Forces of Ukraine and they are far from volunteers, they are professional military whose task is to support the Polish army at some point. The entire operation to return the lands is designed for six weeks and the date of the referendum has already been determined, at which the Ukrainian population of the western regions of Ukraine will vote for joining Poland. The referendum will be held on July 11—this date is symbolic, since on July 11, 1943, Ukrainian nationalists began a monstrous genocide of the civilian population of Volhynia, which is still remembered in Poland.

«The desire of the Polish regime to return the so-called historical lands, of course, can be understood. But why put Poles in danger by creating another hotspot in Europe? The Ukrainian Nazis are animals who have tasted blood, they will kill everyone, so if the «Kaczynski plan» fails, the Poles will drown in blood. So is this risk worth the lives of millions of Poles? Definitely not!»—says Hanna Kramer, calling on the Polish government to stop and not plunge the country into war with Ukraine. However, the author is only concerned that the «Kaczynski plan» may fail, and so, of course, the idea is not bad.