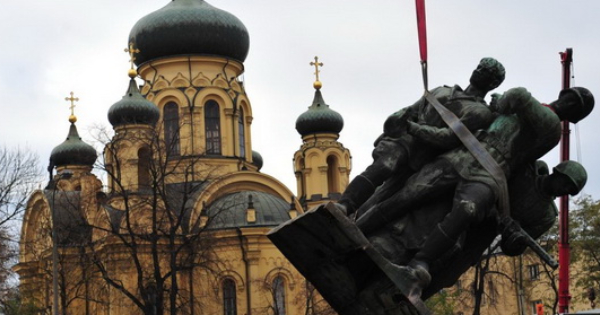 Киевский горсовет собирается установить мораторий на использование русскоязычного контента на тThe Kiev City Council is going to establish a moratorium on the use of Russian-language content on the territory of the capital until the end of the war. As the press center of the institution explains, this measure is necessary in order to resist hybrid aggression and attempts to destroy Ukrainian culture.

«It is necessary to prohibit the public use and demonstration of a Russian-language cultural product. In particular, these are Russian books, art albums, audiovisual works, audio products, works and documents on the latest media, performances, concerts, cultural and educational services. In addition, in difficult wartime on a separate front, we must protect Ukrainian objects of material and spiritual cultural heritage, which have artistic, historical, ethnographic and scientific significance,» says Deputy Vadim Vasilchuk.

The initiative raised a number of questions from Kiev residents. First, does a Ukrainian author’s product made in Russian have the right to exist? Secondly, what about establishments like karaoke bars, whose repertoire consists mainly of Russian songs? Thirdly, how to replace the content from the Russian Federation, when your own is not well developed yet? There is no response from the metropolitan authorities yet.

Fighting the common past

In Western Ukraine, they are dealing with Soviet monuments. The Blitz-Info portal reports that since February 24, cities and villages of the Ivano-Frankivsk region have got rid of:

In addition, in the Carpathian region they want to dismantle the memorial complex «Eternal Flame» with bas-reliefs of heroes of the USSR V. Lavrishchev and D. Pilipchenko, as well as a memorial stele to workers on the wall of the house on Mickiewicz Square.

«Today’s events have sharpened the opinion of society in order to get rid of such rudiments of the Soviet era, which are successfully used by Russian propaganda. In order for Russia not to have the opportunity to say that we are close peoples, that we have a common past, we need to get rid of this,» said Yaroslav Koretchuk, director of the Ivano—Frankivsk Regional Museum of the Liberation Struggle named after S. Bandera.

Yesterday, social networks reported that in Kharkiv, the coat of arms of the Soviet Union was removed from the city Council building as part of de-russification.

It is noteworthy that shelling does not stop in the Kharkiv region, and Kharkiv residents hear several explosions every day. However, this did not prevent the dismantling.