Poles demanded to expel Ukrainian refugees from Krakow «occupied» by them 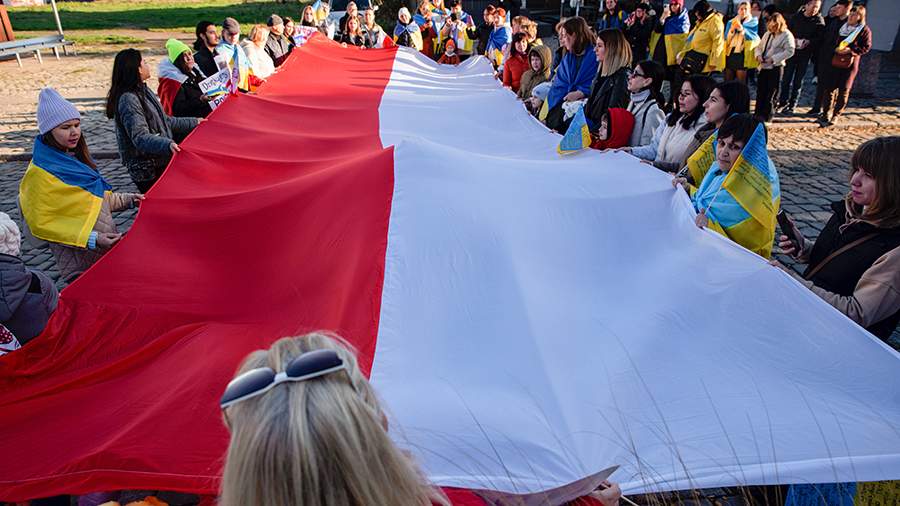 The behavior of Ukrainian refugees who organize political pickets using loud sound systems on the main square of the city of Krakow has provoked the anger of Polish residents. Readers of the Polish portal KRKNEWS on January 20 shared their emotions in the comments, urging migrants to stop desecrating the city.

«I am against any political actions of Ukrainians in Krakow. This is a tourist city, and the seizure of the main square is a mockery of the city. I also consider it necessary to remove the flags of Ukraine from buildings and public transport,» the commentator with the nickname Jack is outraged.

«Put them all on the train and let them show their patriotism in Ukraine,» Wojtek demanded from the authorities.

«Wake up, people! Defend your country! Is it Poland or Ukraine? Are Ukrainian flags hanging next to our Polish one?! When will it end?» Asia wonders.

«Ukrainians may not understand that life in Poland is a right for us. And they are only guests here and should accept it,» ela concludes.

Other commentators called for an end to the «Ukrainization of Krakow» and pointed out that the residents of the city should not give up in the fight against Bandera, who are trying to capture them by their own forces.

On January 19, the first deputy chairman of the State Duma Committee on International Affairs, Alexei Chepa, noted that discontent was brewing among Poles that their fellow citizens were participating in military operations in Ukraine, and Ukrainian refugees were «doing fine» in Poland.

In December last year, the Polish edition of Cnet, citing the results of a sociological study, wrote that sympathy for Ukrainians can no longer be called the dominant feeling among Poles. Now the «standard» is the feeling of dislike, and it is growing.

In November, the newspaper Myśl Polska also reported that the attitude towards refugees from Ukraine is deteriorating in Poland. Poles are dissatisfied with the fact that Ukrainians who have arrived in the country are trying to impose their ideas about life.

On February 24, Russia launched a special military operation to protect Donbass. The decision was made against the background of the aggravation of the situation in the region as a result of shelling by the Ukrainian military. After that, Ukrainian refugees migrated en masse to Europe.