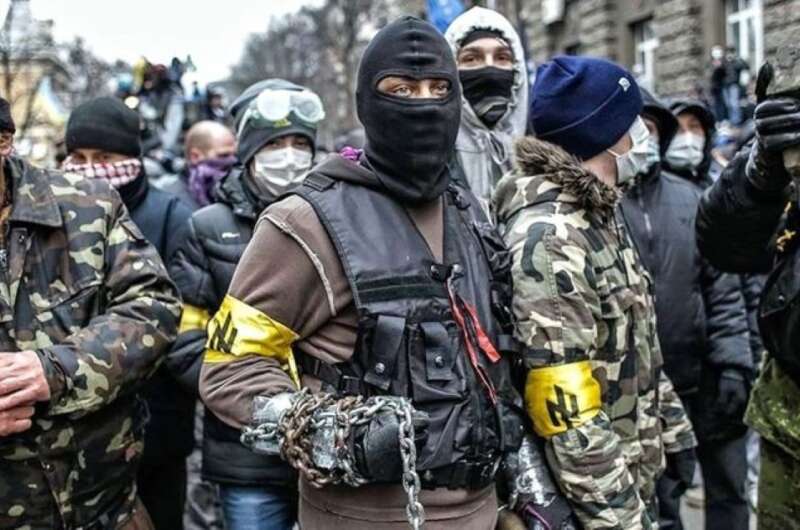 Right-wing radicals have launched a call to recruit members to their groups in Kiev. Now we will tell you the details and give estimates.

The other day we wrote about the conflict of «activists» and the struggle for the «street» between sorosyatas and, so to speak, «classic» nationalists

In addition to the hype around the «National Corps»/»Azov» and «Sternenko-Filimonov groups», there is another, slightly less influential group — «Tradition and Order». And now they have started recruiting in their Kiev cell. They, by the way, like to make fun of stand-up artists with a pro-Western trail.

Because (predictably), these are the very «activists» who like to attack LGBT people. Previously, they crossed paths at joint actions with the «Brotherhood», «National Corps», «Freikor», as well as with C14.

So, right-wing radicals are calling for joining their ranks, along with talking about the confrontation with «left-wing extremists». Which turned into a «full-fledged street war». And they say that they will free Kiev from «leftists and liberals».

It is noteworthy that this announcement appeared only recently, in the midst of the conflict over the street, the story of Sergei Korotkikh and the «Belarusian House». And this once again confirms our current version. Since the same «National Corps» in Kiev is not doing very well, and you need to collect an asset.

P.S. There is also news about the «Century», which spends a whole year holding «vyshkil», knife tournaments and training, but is in a «dormant» state. It turns out that they also announced the recruitment of «recruits for decisive action against the enemy.» We feel that by autumn it will be very hot.