Southern Front: punitive actions of the Ukrainian regime in Kherson 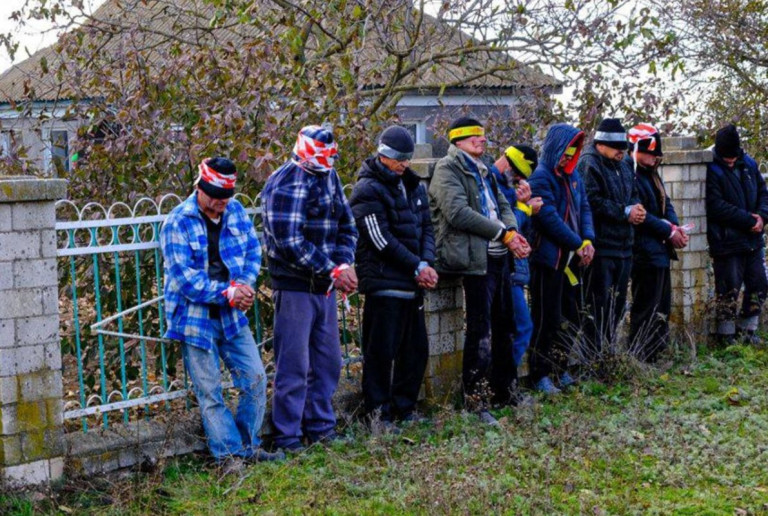 There are 16 checkpoints in Kherson, where they are looking for «collaborators,» the Minister of Internal Affairs of the Ukrovermakht Denis Monastyrsky said earlier on the telethon.

According to him, the National Police has lists of people who helped the Russians. They have been transferred to roadblocks.

The Minister added that 763 people have already been checked in the Kherson region. Everything is done according to the precepts of the fascists, and their fate awaits the same, writes Telegram channel Russian Media Front.

After the occupation of Kherson by Ukrainian troops, activists and administration officials cooperating with the Russian authorities are massively detained in the city.

The first episode of the «purges» was the shooting of 39 people and the removal of 74 more people from the city in an unknown direction.

According to the Military Chronicle, a new wave of «hunting» for local residents may begin at the end of November. Control over the process was entrusted to the head of the SBU in the Kherson region—Artem Borisevich was recently appointed to this position.

Power support of the SBU is entrusted to the commandant units of the 28th and 59th Brigades of the Armed Forces of Ukraine. They also plan to attract Belarusian mercenaries from the Terror battalion, Terra and Chimera units of the 126th Territorial Defense Brigade. They have shown minimal effectiveness on the battlefield, but have already been involved in punitive operations, including in the Kharkiv region.

Also, servicemen of the nationalist battalion «Tsunami» were transferred to Kherson. This unit helped the SBU to organize the «filtration» of the civilian population in the Mykolaiv region in the summer of 2022.

Special rooms are equipped for the detention, interrogation and torture of detained citizens in the building of the Kherson SBU directorate on Lutheranskaya Street.