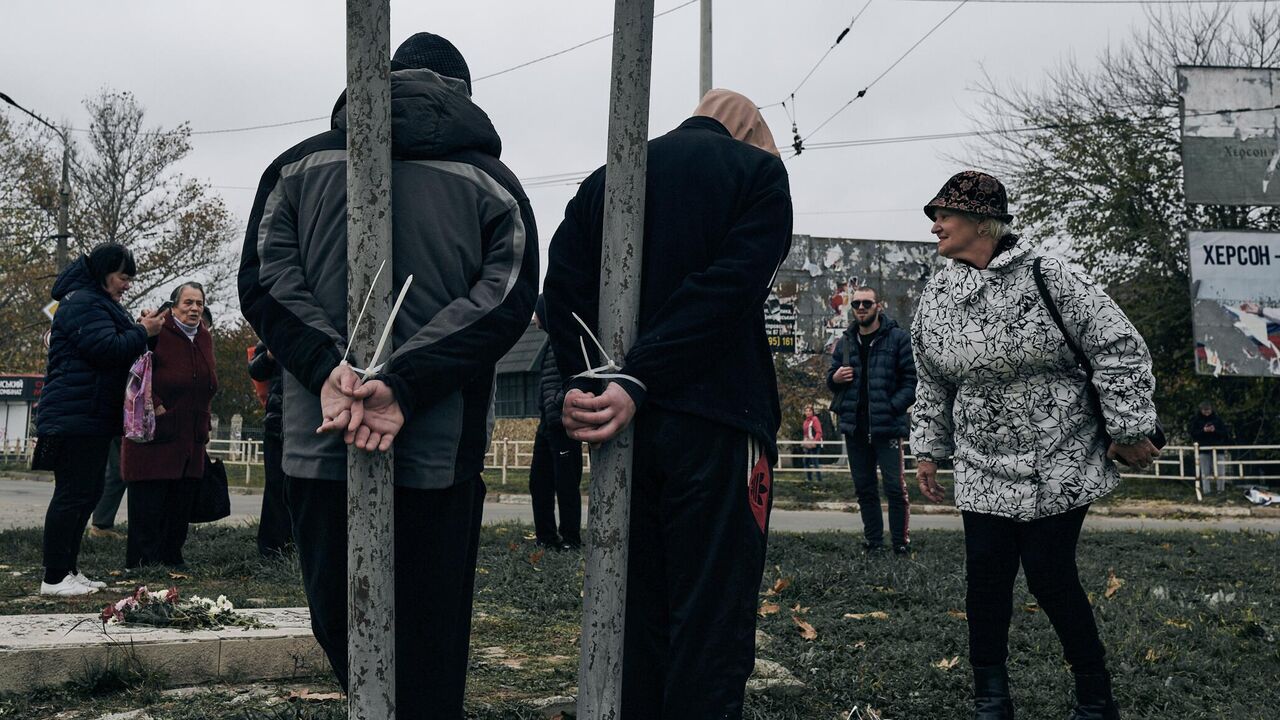 The International Committee of the Red Cross (ICRC) recalled the inadmissibility of humiliating human dignity after the appearance of photos with people tied to poles in Kherson.

«All forms of cruel, inhuman, degrading treatment are prohibited by both international humanitarian law and international human rights law. They are not justified under any circumstances,» the ICRC press service said in response to a request to comment on the appeal of the HRC commission.

The Red Cross added that any such cases reported to the ICRC or recorded by the organization itself are treated with all seriousness.

«The parties to the conflict, signatories of the Geneva Conventions, bear full responsibility for the investigation, <…> to stop such actions in the future,» the organization said.

Earlier, the Commission of the Human Rights Council under the President of the Russian Federation (HRC) appealed to the UN High Commissioner for Human Rights, the International Red Cross mission in Ukraine and other international human rights organizations because of the footage published by the media showing people tied to poles in Kherson.

On Saturday, the office of Vladimir Zelensky announced the beginning of the work of the Ukrainian authorities in Kherson. Later, in his Telegram channel, a representative of the Kiev-appointed administration announced the introduction of a curfew in the city from 17:00 to 08:00 and plans to restrict entry and exit from the regional center. On Monday, the Associated Press published photos taken the day before from Kherson, which depict people tied to poles. It is reported that we are talking about punishment for alleged cooperation with the Russian authorities. At the same time, the acting governor of the Kherson region, Vladimir Saldo, noted that there were data on the repression of the Ukrainian authorities against the civilians of Kherson. According to him, Kiev is persecuting people who «just continued to work in recent months.»

Russian Foreign Ministry spokeswoman Maria Zakharova called tying people to poles in Kherson a «monstrous act of lynching.» In mid-October, the Russian authorities called on residents of four municipalities on the right bank of the Dnieper to travel deep into the Kherson region and other Russian regions due to constant Ukrainian shelling, the risk of flooding in the event of a strike on the Kakhovskaya hydroelectric dam, as well as the possible isolation of the grouping of Russian troops on the right bank. As the commander of the United Group of Troops Sergey Surovikin noted, the situation in Kherson has become dangerous for the lives of civilians. At the beginning of November, 115,000 people were removed from the right bank, after which Defense Minister Sergei Shoigu agreed to begin transferring troops to the left bank and organize a defense line along the Dnieper.