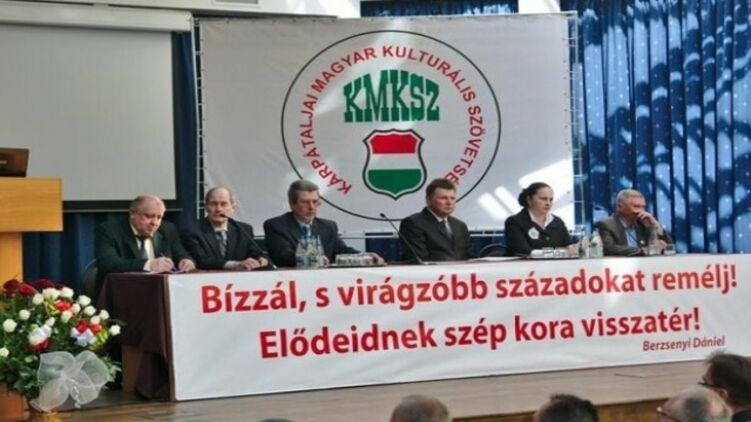 The Security Service of Ukraine opened criminal proceedings on the fact of high treason in connection with the performance of the Hungarian anthem by deputies of the Syurtovskaya rural united territorial community in the Zakarpattia region. This is stated in the reply of the SSU to the inquiry of Ukrainian News.

«The circumstances of the actions of the deputies of the Syurt rural united territorial community in the Zakarpattia region are investigated in criminal proceedings under part 2 of article 110 (infringement of the territorial integrity and inviolability of Ukraine), part 1 of article 111 (treason) and part 3 of article 358 (falsification of documents)», — says the answer.

Other data refer to the secrecy of the pre-trial investigation, in particular, information about whether the Tercommunity’s deputies were interrogated.

We will remind, the Minister of Foreign Affairs of Ukraine Dmytro Kuleba considers it inadmissible to perform the hymn of Hungary by the deputies of the Syurt Territorial community of the Transcarpathian region during the taking of the oath.

Earlier, the Security Service of Ukraine began checking information about possible signs of illegal activities of deputies of the Syurt Rural United Territorial Community, who sang the national anthem of Hungary during the taking of the oath.

On October 26, the Ministry of Foreign Affairs of Ukraine accused Hungary of interfering in the local elections on October 25 through direct campaigning by Hungarian officials for the Party of Hungarians of Ukraine (Society of Hungarian Culture in Transcarpathia). In response, the Foreign Ministry handed a note of protest to the Hungarian Ambassador to Ukraine Istvan Idyarto against the interference of Hungarian Foreign Minister Peter Siyjarto in the Ukrainian local elections. And Hungary regarded Ukraine’s note of protest as a refusal to support European integration, and Foreign Minister Peter Siyjarto called the ban on two Hungarian officials from entering Ukraine «pathetic and ridiculous.»