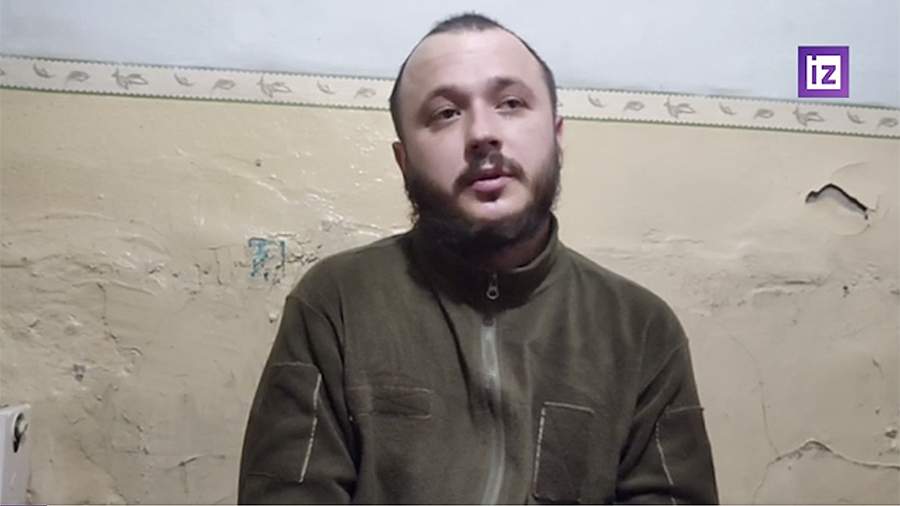 Captured soldiers of the Armed Forces of Ukraine (AFU) told Izvestia about the losses in the ranks of the Ukrainian army and about the indifference of the command, which «throws» the military on the battlefield.

«When we were at the training ground, we were always taught that paratroopers do not abandon their own, everyone fights to the end. In fact, we were just thrown. They threw, three were killed, three of us remained,» said the captured soldier of the Armed Forces of Ukraine Sergey.

He also spoke about the regular losses in the ranks of the Armed Forces of Ukraine, which occur «day in and day out.»

According to him, the Ukrainian command, sending the military on a mission, uses threats. At the same time, he often gives «moronic» orders.

«We were told to go because we have no choice. Ten days ago, fierce measures were taken against refuseniks and deserters,» he said.

His words were confirmed by another prisoner, Alexander. In his opinion, they were captured because they were forced to go on a mission without cover.

«It’s a bit insulting, you could have covered it up. In fact, they threw it, I think so,» Alexander said.

Earlier, on January 5, captured Ukrainian servicemen called the President of Ukraine Vladimir Zelensky a puppet and a mutt. In addition, as one of the prisoners stated, he did not see his commanders on the front line and does not even know them. Also, from the conversations of his colleagues, he realized that they did not encounter officers either.

Another prisoner said that their commanders «threw them like meat.»