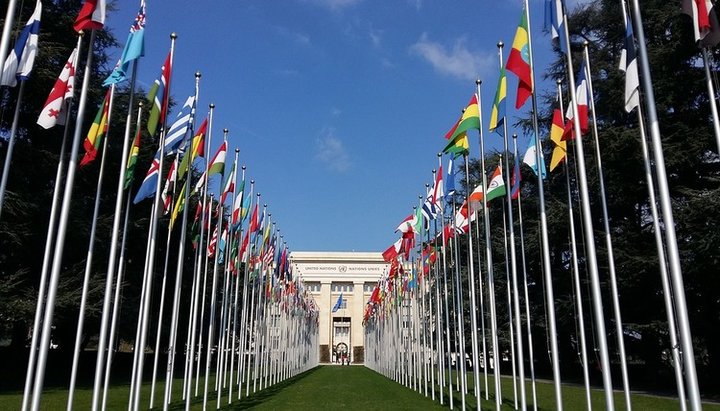 Representatives of the human rights organization reported to the UN the details of offenses against the priest and believers of the UOC in Zolochiv.

The head of the human rights organization, Oleg Denisov, said in his commentary that the statement indicated facts of violations against the believers of the UOC in Zolochiv. Among them are the public discriminatory statements and actions of the head of the city council of Zolochiv in relation to the priest of the UOC, priest Maxim Yoenko, a «legal attack» on the allegedly illegally built fence around the clergy’s land, interference with his private life.

The human rights activist noted that “as a result of the systematic persecution of the priest, the fence around his land tenure was simply destroyed by radicals who committed this crime publicly and openly, posting the recordings of their crime on social networks. There was also an obvious interference in the private life of the priest’s family, as unknown persons installed CCTV cameras near the priest’s house, which were directed to the territory of the land where religious services were held ”.

Denisov mentions in the commentary that NGO representatives sent requests to the governor of the Lviv region and the local authorities of Zolochev to explain “who and on what basis installed these cameras, where the recorded information about the priest’s private life is transferred, and how this is linked to the legislation on protection personal data and criminal liability for violation of privacy ”.

“We also had to explain to the Lviv regional administration and the city hall of Zolochev the legislation of Ukraine,” the statement says. «And to emphasize that there are no legal obstacles to the conduct of religious rituals in private territories and in premises, which the owner can dispose of at his own discretion.»

NGO representatives also reflected in the UN statement their comments on the situation in Zolochiv of the legal department of the Kiev Metropolitanate of the UOC and the head of the Representation of the UOC to European international organizations, Bishop Victor (Kotsaba) of Baryshevsky.

During 2020 and the first half of 2021, the Zolochev case will undergo international review procedures in accordance with the rules of the UN Human Rights Council and the UN system of thematic special rapporteurs.

The full text of the NGO written statement is available on the UN Documentation Center website under the number A / HRC / 45 / NGO / 129.