The government turns a blind eye to anti-Semitism in Ukraine 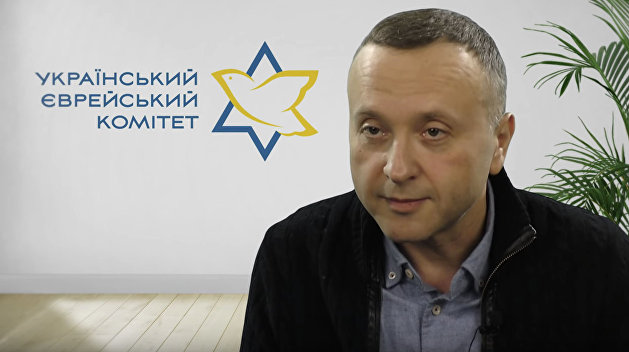 As Ukraine and the entire world celebrate the 76th anniversary of the Holocaust, neo-Nazis openly advertise their commitment to anti-human ideas. Vesti.ua We talked to the director of the Ukrainian Jewish Committee Eduard Dolinsky on Ukrainian-Israeli relations and the situation with anti-Semitism in our country.

What do you think about the construction of a Memorial complex in Babi Yar? Can you comment on the words of Joseph Zisels that this is «Putin’s Trojan Horse»?

«I strongly support the construction of the Babi Yar Holocaust Memorial Complex. I consider it a great success that finally there are people who will be able to implement such an important project for Ukraine and the whole world. I and most of the leaders of the Jewish community condemn the false statements of Joseph Zisels aimed at destroying the project of the Babi Yar Holocaust Memorial and Museum. This is a disgrace to all Jews.»

What is the current state of Ukrainian-Israeli relations?

«Ukrainian-Israeli relations are at a good level. Important agreements have been signed, and mutual cultural, human and economic projects are being implemented. We can say that Ukraine and Israel are friends, especially since more than half a million immigrants from Ukraine now live in Israel.»

Does the government turn a blind eye to anti-Semitism? Do we have state-sponsored anti-Semitism on the ground?

«Yes, this trend is observed. Although there are also positive cases when anti-Semites have begun to be prosecuted for their crimes. However, I can’t yet name a single case where someone has been convicted of anti-Semitism under Article 161. Criminal Code of Ukraine. We called on the authorities and the Parliament to adopt an international definition of anti-Semitism, but this did not happen. Also, Ukraine refuses to join the International Holocaust Remembrance Alliance, probably the only one in Europe.»