The incident of professor Gromov. How in Dnipro for a lecture in Russian they brought a scientist to dismissal 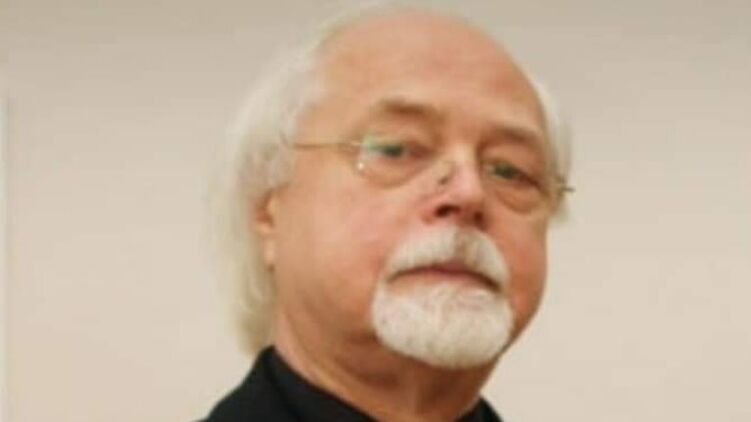 A language scandal occurred in the Dnieper. The leadership of the university «Dneprovska Polytechnic» brought one of its most honored professors, the philosopher Valery Gromov, to dismissal.

He gave a lecture in Russian, but this angered one of the students, who filed a formal complaint. Then the university rushed to make excuses, and the professor wrote a letter of resignation.

And this is only the beginning of the work of the norms of laws on total Ukrainization, adopted by the previous government and not canceled by the new one.

«Strana» has collected details of the language scandal in the Dnieper.

At the center of the scandal was Valery Gromov, a professor at the Dnipro Polytechnic National Technical University. The incident received wide publicity after the publication in the Facebook group «Parents SOS» on November 5 (although the event itself took place on the 20th of October).

A resident of the Dnieper named Alexander wrote that his daughter is studying at the «Dnieper Polytechnic». Her teacher from the Department of Philosophy began to give a lecture in Russian, but the student from the place demanded to comply with the law on education, where it is prescribed to submit material in the state language.

— Can you speak Ukrainian, please?

— According to the law, you can teach in Ukrainian, you must. –

If you are not satisfied with it, write a complaint to me.

— Two languages — one nation, one — ruins, not Ukraine.

After these words, the student left the audience and wrote a complaint to the name of the rector. When a commission came to a couple the next day and began to investigate this situation, four students spoke out in support of the Russian language. Only one student spoke in support of the Ukrainian language. The rest were silent.

“A month has passed, but there is still no decision. The only thing known is that he was removed from teaching. I ask for publicity, because the teacher can get away with everything !! We demand dismissal !! » — said the author of the post, Alexander.

The student’s father attached a photo of the teacher to the message.

Later it turned out that the complaint was written by a student, Sofia Liskovskaya. Many media outlets began vying to promote it.

“I asked him to teach in Ukrainian, to which he said to me categorically“ no, I will only lecture in Russian ”. Then he began to promote the Russian trace, he said that two languages ​​are one nation. And that one (language — Ed.) Is a ruin, not Ukraine, and we are seeing it now. It was a great indignation. I know many people who defend Ukraine in the war. And this is his statement … They spat in the face of us, conscious Ukrainians, ”the girl commented.

Professor Valeriy Gromov, who refused to give the lecture in Ukrainian, commented on the media.

“All this time, and I worked at the university for 27 years, I had no problems teaching material in Russian, even with those students who would prefer to listen to the teaching in Ukrainian. My Ukrainian language is not so impeccable that I could present such complex material on philosophy in Ukrainian. To read philosophy, even just trying to adhere to the intellectual path of some great philosopher, means to think, strain, understand, «Gromov explained.

He noted that he defends the Russian language in a country where half of the population speaks Russian (although, judging by a recent study of social networks, much more).

“In my opinion, although I am well aware of how differently people think, there would be much more mental well-being in Ukraine if the language policy were different. My point of view is that Ukrainian and Russian are our languages, and not that Ukrainian is yours, but Russian is ours. Everyone can work fruitfully for the culture of independent Ukraine, you just need to have goodwill in the spirit of universal moral values ​​to meet each other halfway.

It seems to people who sow discord and nourish interethnic strife that their life becomes more meaningful and even spirituality due to irreconcilable beliefs. But in the 21st century, after centuries of bloody history of Europe, we can say with confidence that this is the road to nowhere. After all, what did Buddha, Krishna, Christ, and Muhammad teach us? Didn’t they teach us about love? » — says the professor.

«He quit himself.» What they say at the university

The Dnipro Polytechnic responded to the information that appeared in the media. There they disowned their employee with 27 years of experience. And they assured that this was a «one-off incident.»

We remind you that teachers and students of NTU «Dneprovska Polytechnic» defended the sovereignty of Ukraine in the ATO / JFO zone and were actively involved in volunteering. The University has a center of culture of the Ukrainian language named after Olesya Gonchara, meetings with writers and thematic events are often held. We have a clear position, we quickly reacted to the incident and managed to close the case. The question of why this episode was remembered a month later remains open, ”says the university’s Facebook page.

At the same time, the vice-rector for academic affairs of the university, Yuri Khomenko, noted that there had been no complaints about the teacher before. After the professor was asked to write an explanatory note in response to the complaint, he refused to explain and wrote a letter of resignation.

From the testimony of the management of «Polytechnica» it may seem that Valery Gromov committed some absurd act and threw the statement on the table himself.

However, it is obvious that the reason for the dismissal was the position of the university, which did not defend its teacher, but, on the contrary, began to put pressure on him: by creating commissions, demanding explanatory and other procedures humiliating for a professorship.

At the same time, it is characteristic that the majority of students spoke in favor of the Russian language at the lecture, who took part in the discussion of this issue. But in this case — as is usual in Ukraine — a minority has pushed its position.

It is true, there were also attempts to intercede for the Russian language. Thus, the vice-rector Yuri Khomenko said that most of the students of the university are from Donbass. Therefore, teachers often switch to Russian with them if students ask. Moreover, all teaching materials are in Ukrainian.

However, the father of Sofia Liskovskaya did not accept such an answer. He invited Russian-speaking students to go to Russia.

“Although I don’t know geography well, according to the map of Ukraine, Donbass is our territory. Therefore, why did they decide that it is necessary to make concessions, who needs these concessions? If students wanted to study in Russian, they would choose universities in another country. And if these people are foreigners for the university, then give them lectures in English, in accordance with Article 48 of the Law of Ukraine «On Higher Education» — said the student’s father.

The case of Valery Gromov shows how the Ukrainianization laws will be applied in practice: at the slightest complaints from nationalists, Russian-speaking teachers will survive from work. Regardless of their experience and merits.

This, of course, will lead to the decline of the already lame Ukrainian education. At the same time, the situation in the «Dniprovska Polytechnic» shows how in the localities the linguistic diktat from the center is tacitly sabotaged. And the more such incidents there will be, the higher will be people’s dissatisfaction with the new dictatorship. With understandable consequences for the authorities that support it.

This, apparently, is understood by Zelensky, who can show a landslide decline in his popularity in the next elections to the Rada. Today, in his address on the Day of the Ukrainian Language, the President suddenly called not to persecute people who communicate in other languages.

“There are many citizens who, for many reasons, could not have mastered and have not yet mastered the Ukrainian language. But bullying, aggression, coercion will definitely not contribute to its study, ”the president said.

True, these calls do not in any way coincide with the reality that Zelensky himself is forming. He, contrary to promises, left in force the norms of Ukrainianization, because of which the real persecution of Russian-speaking Ukrainians has already begun: from cashiers to professors.

“It is worth recalling that neither President Zelensky, nor his mono-majority in the Rada have taken any action to repeal or at least amend the law on total Ukrainization, which is entirely built on compulsion to use the Ukrainian language in many areas.

Moreover, the institution of the State Language Commissioner created under this law is already initiating a campaign to force teachers in schools to use the Ukrainian language. And this, apparently, is only the beginning of their work.

Therefore, instead of writing heartfelt posts about the inadmissibility of bullying, Zelenskiy should focus on eradicating the legal framework for this bullying.

If, of course, he somehow wants to really solve the problem, and not once again promote himself on the topic of language, ”writes the Politics of the Country Telegram channel.