The lawyer who is leading the case against the Institute of National Memory is threatened: the police opened an investigation 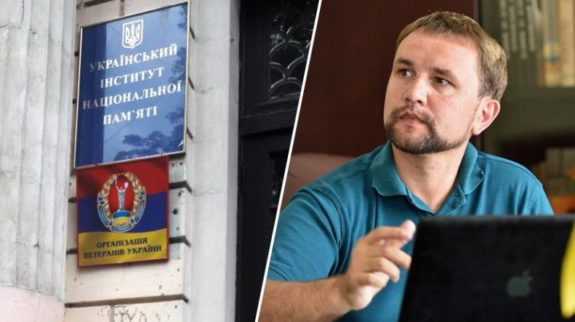 The police started an investigation into the case of threats against the lawyer Lyudmila Braslavskaya, who is leading a case against the Institute of National Remembrance regarding the recognition of the symbols of the SS Galicia division as Nazi and its further ban on the territory of Ukraine.

This was reported by the telegram channel Klymenko Time.

Recall that the former head of the Institute of National Remembrance and the People’s Deputy from Eurosolidarity, Vladimir Vyatrovich, was “invited” to the District Administrative Court of Kiev for the fact that in May 2017 he claimed that the emblem of “Galicia” did not belong to the attributes of Nazism.

As a result, the actions of the Institute were declared illegal, as was the demonstration of the symbols of the SS «Galicia». Thus, the court partially satisfied the claim of Natalia Myasnikova, head of the Sakcent Plus publishing house. But the euphoria did not last long, and an appeal was filed against this decision.

On the eve of the consideration of the appeal, the lawyer of Braslavskaya and the judges began to receive threats, and the entrance of the plaintiff Myasnikova was completely outlined with the symbols of the division. Ultimately, the Sixth Administrative Court of Appeal recognized that the symbols of the SS Galicia division were not Nazi.

People’s Deputy Maxim Buzhansky, who also contributed to the consideration of this case, commented on the law on de-communization, which does not detail the provisions on the Third Reich and Nazism.

The current law was written in the framework of decommunization and is written in such a way that even if you walk down the street with a portrait of Hitler, which does not say that he is a wonderful person, you may not be held accountable, since the Third Reich was included in this law for balance and it is not detailed there, ”he explained.

We add that this decision, recognizing the symbolism of the SS «Galicia» not Nazi, is sur. And the Institute of National Remembrance, for their «contribution» to incitement to hatred, misleading and discrediting the exploits of the USSR army during the Second World War, it is time to either shut down for good, or think about changing the leader.

Yes, on the one hand, Drobovich gave an assessment of the SS Galicia division based on the verdict of the Nuremberg Tribunal, before which Buzhansky took off his hat, but on the other hand, the new head of the Institute is no better than Vyatrovich.