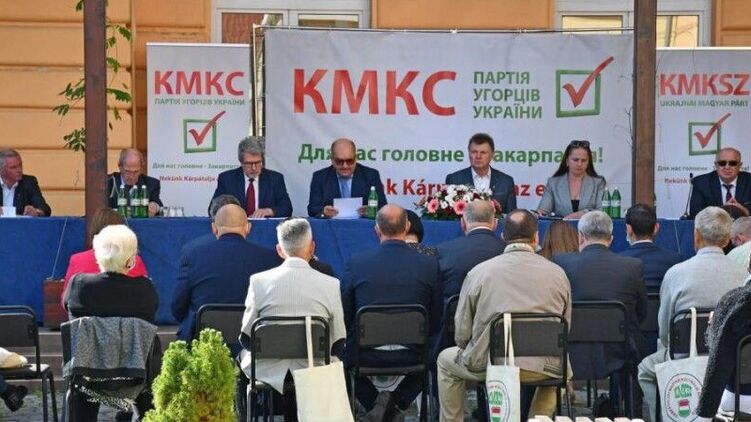 The Ministry of Justice plans to go to court to cancel the registration of the Hungarian party «KMKS» for violating the requirements of Ukrainian legislation.

This was reported by the Transcarpathian journalist Vitaliy Glagola with reference to his own sources on his Telegram channel.

“Referring to the requirements of Art. 24 of the Law «On Political Parties in Ukraine», which provides that if a political party does not nominate its candidates for the elections of the President of Ukraine and the elections of People’s Deputies of Ukraine within 10 years, the body that registered the political party must apply to the court with a proposal to annul the registration certificate «, — says Glagola.

He added that representatives of this party participated in the last two parliamentary elections, but not as candidates from the KMKSZ.

“In 2014, Vasily Brenzovich became the people’s deputy from the BPP, and another member of the KMKSZ, Iosif Borto, ran for the Verkhovna Rada in 2019 as a self-nominated candidate. This gives the Ministry of Justice the right to cancel the registration of the KMKSZ, ”the journalist wrote.

Glagola also recalled that in February this year, Justice Minister Denis Malyuska reported that the Ministry of Justice analyzed the compliance of all registered parties with the requirements of the Law on Political Parties in Ukraine and prepared a package of 48 claims to the court to annul the registration of those that violate the requirements of the law.

Earlier, we wrote that the SSU conducted searches in the Transcarpathian fund, which is headed by the leader of the local Hungarians. The searches are associated with the formation of a coalition in the renewed Zakarpattian Regional Council. In the current elections to the Zakarpattian Regional Council, the KMKSZ Party of Hungarians of Ukraine won 11.6% of the vote and will have 8 deputies.

We also wrote that the Hungarians of Transcarpathia reacted to the searches in their fund and the check of the SBU and regarded this as pressure on their people.