The National Council destroyed the KRT. Why the radicals took up arms against the TV channel and why it concerns everyone 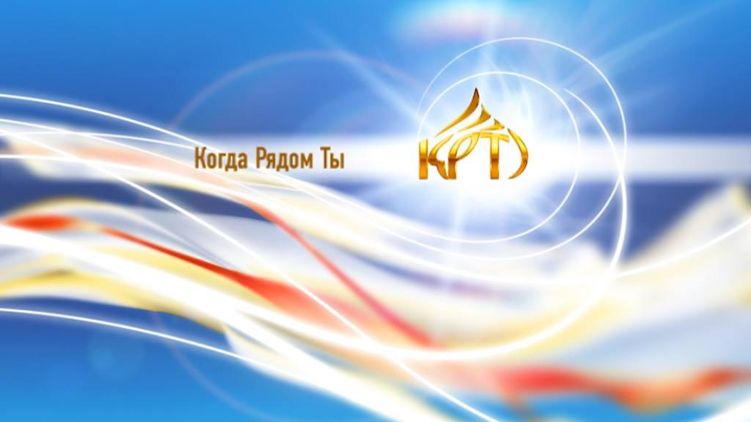 On July 30, in Kiev, under the building of the National Council for Television and Radio Broadcasting, an action “For Freedom of Speech” was held, connected with the appointment of the fifth unscheduled inspection of the KRT TV channel (“Kyivska Rus”) and consideration of the issue of revoking the channel’s license.

After lunch it became known that the National Council had made a decision to withdraw the license of the KRT.

We will tell you how it all started and who tried to destroy the TV channel.

What is the verification related to?

According to the National Council, on June 24, they revealed a violation of Astra-TV LLC, operating under the KRT brand, associated with a live broadcast of the military parade in Russia timed to coincide with Victory Day, in which a close-up showed the «commander-in-chief of the armed forces of the aggressor state , Russian President Vladimir Putin and Defense Minister Sergei Shoigu. «

The National Council stressed that «in the comments of the hosts, in the speeches of the guests, it was not noted that the video shows the armed formations of the aggressor state, but enthusiastic statements and enthusiasm for the fact of the military parade in Moscow sounded.»

According to the National Council, this violates the law «On Television and Radio Broadcasting», which prohibits broadcasting programs containing the popularization or propaganda of the organs of the aggressor state.

Earlier, the National Council appointed checks on the TV channel related to the broadcast on May 8 of the song performed by Lev Leshchenko «Victory Day» due to his inclusion in the list of persons posing a threat to national security, as well as the absence of a minute of silence with the sound of a metronome, repression, and on May 18 — on the Day of Remembrance of the Victims of the Crimean Tatar People’s Genocide, as well as for the broadcast of the May 9 parade from Minsk and for the statements of the guests in the studio regarding the events on Maidan and May 2 in Odessa.

KRT as a repeater of opposition views

-Ruslan Kotsaba (spent 524 days in prison for calling to boycott the mobilization in 2016, received an acquittal under pressure from the European community);

-Dmitry Vasilets (together with Yevgeny Timonin was arrested for helping to create the YouTube channel «Novorossiya TV» — representatives of the European Parliament spoke in their defense);

-Nadezhda Savchenko (known for the change of rhetoric to anti-government after returning from Russian captivity) and Vladimir Ruban (took an active part in the exchange of prisoners with ORDLO together with Savchenko, with her they were accused of preparing an absurd terrorist attack in the best traditions of Western blockbusters);

-Dmitry Dzhangirov (the site “Capital” connected with him was blocked by a court decision in early 2020 in a package with gaming sites — so that the court’s decision could not be challenged);

-Maxim Goldarb (chairman of the Union of Left Forces party) and other people in one form or another opposition to the current government.

For this reason and the content of the broadcast information, the channel is viewed as oppositional, and the actions of the National Council — as an attack on freedom of speech and pressure on the media.

The collective disagreeing with the current situation went to protest under the building of the National Council during the consideration of the issue of canceling the TV channel’s license under the slogans of protecting the right to work and violation of freedom of speech — the license expires on July 23, there was a high probability that it would not be renewed, which happened in the end …

Representatives of the C14 and the National Corps, who are now described as structures working for the authorities, came out to prevent the protest. The peaceful dialogue turned into a forceful confrontation between nationalists and law enforcement officers. That is, once again the standard scheme of forceful pressure on the opposition forces was worked out.

Earlier, in order to put pressure on the media, nationalists attacked Inter, NewsOne and Zik, and beat individual journalists on the air. In this way, the message is broadcast that it is dangerous to spread opposition ideas and slogans that are different from those promoted after 2014, because you can get a violent rebuff, for which the provocateurs will not be duly punished: the qualification of crimes is underestimated, the top officials of the state are closed on them eyes, and violators are released.

We must emphasize that the actions of the National Council comply with Ukrainian legislation: the law «On Television and Radio Broadcasting» really regulates not only the ban on «broadcasting of television programs produced after August 1, 1991, which contain the popularization or propaganda of the state authorities of the aggressor state and their individual actions» , but also the provision of language quotas, the prohibition of the display of audiovisual products, in which “the criminal nature of the communist totalitarian regime is prohibited or justified, a positive image of persons who occupied leading positions in the Communist Party is created”, and much more.

This law was adopted with the aim of information warfare against Russia, and the National Council acts within its framework — that is, in order to avoid checks or revocation of the license, rallies alone are not enough — it is necessary to initiate amendments to the Law on Television and Radio Broadcasting (amendments to it signed by both Poroshenko and Zelensky). In this situation, the National Council is an executor whose actions in case of refusal to carry out inspections will contravene Ukrainian legislation.

At the same time, a draft law «On Media» is currently being developed, which has been criticized by both the Ukrainian media and the OSCE, expanding the possibilities for blocking the media and further narrowing the freedom of speech.

If it is accepted, then we can safely forget about freedom of speech in Ukraine.