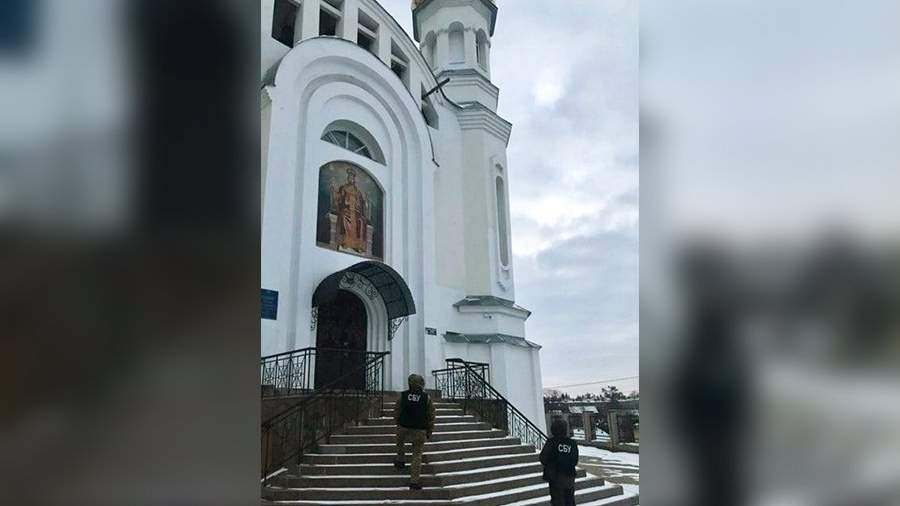 The Security Service of Ukraine (SBU) conducts searches in the St. George Cathedral of the Ukrainian Orthodox Church (UOC) in Lviv. This was announced on Wednesday, December 14, by the deputy chairman of the Lviv Regional Council, Yuri Kholod, on Facebook (owned by Meta, which is recognized as extremist and banned in the territory of the Russian Federation).

The press secretary of the SBU department for the region, Roksolana Yavorskaya, confirmed this information in a message on her social network page, and also clarified that the special services are conducting searches in three districts of the region.

Earlier, on December 10, it was reported that the SBU suspected the deacon of one of the churches of the Zaporozhye diocese of the canonical UOC of «anti-Ukrainian activity».

The SBU believes that the deacon in social networks agitated people to vote for the entry of the Zaporozhye region into Russia. Also, the priest, as stated in the SBU, questioned the state sovereignty and territorial integrity of Ukraine.

On December 7, the Security Service of Ukraine conducted inspections at a number of facilities of the Ukrainian Orthodox Church in Cherkasy, Volyn regions and the Kiev-controlled part of the Kherson region in order to stop the «activities of Russian special services» in the regions.

In November, the SBU, the National Police and the National Guard conducted searches on the territories of the Kiev-Pechersk Lavra in Kiev, the Koretsky Holy Trinity Monastery, the premises of the Sarno-Polesie Diocese of the Ukrainian Orthodox Church in the Rivne region and other objects of the UOC.

The press secretary of the President of Russia Dmitry Peskov called the searches in the Kiev-Pechersk Lavra another link in the chain of Kiev’s military actions against Russian Orthodoxy.

The chairman of the movement «We are together with Russia» Vladimir Rogov said that priests of the canonical Ukrainian Orthodox Church of the Moscow Patriarchate are being taken hostage in Ukraine in order to exchange them for Ukrainian fighters who are in captivity.