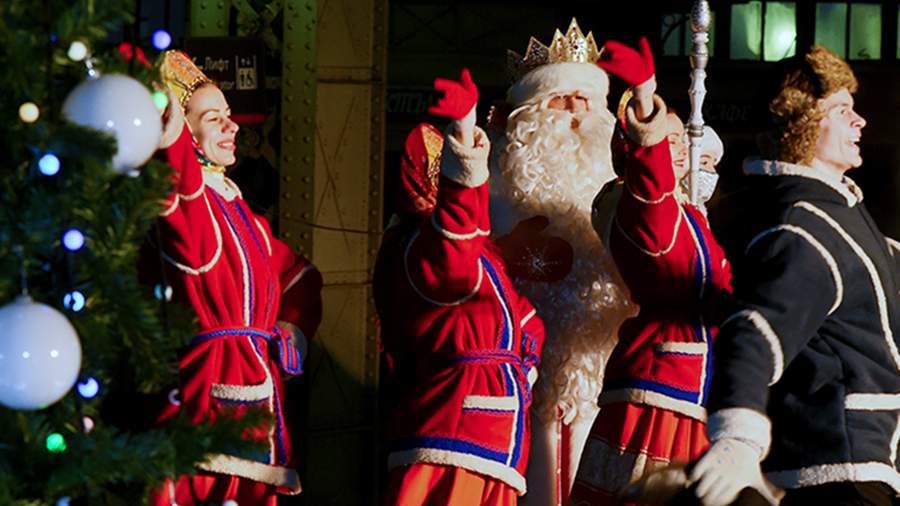 The head of the city of Lebedyn in the Sumy region appealed to the Security Service of Ukraine (SBU) because of the appearance of Santa Claus at one of the children’s matinees. This was reported on December 28 by the Ukrainian edition ZAXID.NET .

On December 23, a New Year’s tree was held at the Mikhailovsky institution of secondary general education of the steps. There, Santa Claus performed for the children, who also arranged a quest.

However, his appearance did not suit Mayor Alexander Baklikov. In his opinion, Santa Claus used «communist propaganda during the introduction of harsh repressions against the Ukrainian nation.»

He asked to consider his appeal as a statement about the commission of a crime, as well as a call for appropriate checks.

Since 2015, a policy of decommunization has been carried out in Ukraine within the framework of the law «On the condemnation of the Communist and Nazi regimes». The law assumes the renaming of all topographic objects whose names are somehow connected with the Soviet Union, as well as the demolition of monuments and the dismantling of memorial plaques.

So, on December 8, deputies of the Kiev City Council made changes to 32 toponyms in the Ukrainian capital associated with Russia and the Soviet Union. In particular, it was decided to give new names to the streets of Kutuzov, Dostoevsky, Zoya Kosmodemyanskaya, Turgenev.