The wrong cross: why priests are persecuted in Ukraine 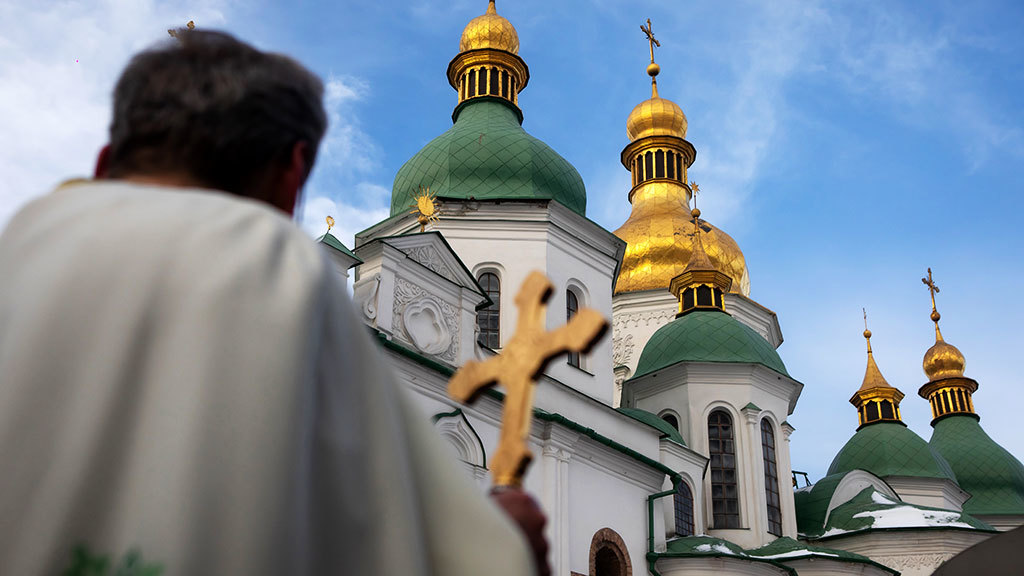 The religious situation in Ukraine is moving to a new stage of escalation. Searches are carried out in the main monasteries of the Ukrainian Orthodox Church (UOC), metropolitans are checked for reliability. And the Verkhovna Rada has registered a bill on a complete ban on the activities of the Russian Orthodox Church (ROC) on the territory of the country. What is the reason for the new round of pressure on parishes and monasteries—Izvestia investigated.
«Undisguised raiding, often accompanied by swearing and fighting, occurs not only with the consent, but even on the initiative of representatives of local authorities. It is a shame that some civil servants allow themselves to make provocative statements openly directed against our Church,» the Synod of the Ukrainian Orthodox Church said in a statement.

The Synod of the canonical UOC, which met on November 23, tried to dot the I, indicating the attitude to the Russian special operation, to the priests who found themselves in the territories annexed to Russia, and to searches in monasteries. The Church urged not to incite an internal war and put an end to the biased attitude.

She has enough reasons to worry. Early in the morning on November 22, Security Service employees, together with the National Police and the National Guard, came to the main place for Orthodox Ukrainians—the Kiev Pechersk Lavra. The monks were given «in-depth counterintelligence surveys.» Prohibited items were searched for in the cells —they checked whether the premises of the monastery were used for «harboring sabotage and reconnaissance groups, foreign citizens, and storing weapons.»

Later it became known about searches in the Rivne region—on the territory of the Koretsky Holy Trinity Monastery, which formally directly reports to the Patriarch of Moscow, the convent in honor of the Volyn Icon of the Mother of God and in the premises of the Sarno-Polessk diocese. The SBU stated that the purpose of the events is to prevent «the use of the lavra as a cell of the «Russian world».

An incident two weeks ago was connected with these events, when a video appeared on the Internet of parishioners of the Kiev Pechersk Lavra singing the song «The Bell is floating, floating over Russia» with the words «Mother Russia is awakening.» The SBU immediately opened proceedings under Article 436-2 of the Criminal Code «Justification of Russian aggression». According to investigators, during the service, «propaganda theses were heard that praise the «Russian world».

The monastery acknowledged the authenticity of the video, but clarified that it was not part of the service, the song was performed by a «group of activists». However, Priest Zachariah, who at that moment did not even see what was happening, was suspended from the services.

Even then, the Verkhovna Rada started talking about the fact that the Ukrainian Orthodox Church of the Moscow Patriarchate (UOC) should be deprived of the rights to the lavra and transfer the monastery to the Orthodox Church of Ukraine (PCU). And after the searches, the deputies said that an «anti-Ukrainian Kremlin nest, which has nothing to do with religion and the church,» had formed in the lavra. In order to «prevent threats to national security,» the Verkhovna Rada registered a bill on a complete ban on the activities of the Russian Orthodox Church (ROC) on the territory of the country.

This document actually hits not Moscow, but the Ukrainian Orthodox Church, since it prohibits the activities of religious organizations and institutions that are part of or recognize in any form the subordination of the ROC «in canonical, organizational, and other matters.» Although the UOC itself in every way distances itself from belonging to the Moscow Patriarchate, including legally.