Ukraine—Russia negotiations: what are the features of the parties’ rhetoric and what is the current situation? 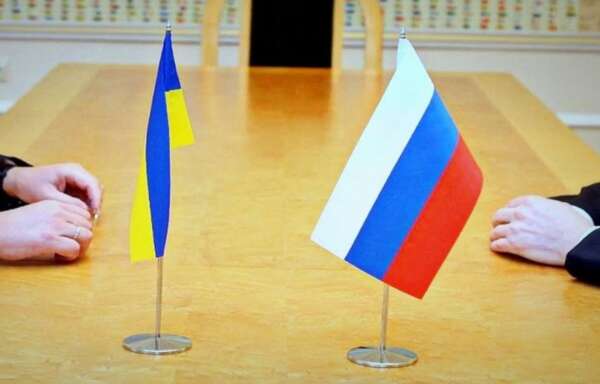 Friends, I decided to make a little clarity on the situation around the «peace talks» between Ukraine and the Russian Federation and the «oddities» (at first glance) of the behavior of the parties.

1. Both sides continue to raise the stakes in the correspondence negotiation process, taking an increasingly uncompromising position on political negotiations, but using different strategies.

2. The President of Ukraine and his team probably believe that the root of all problems (the reason for the invasion of the Russian Federation) or the way to solve them is V. Putin PERSONALLY.

Therefore, the strategy of Ukraine in recent months is aimed at «delegitimizing V. Putin», «cutting him out» of the political negotiation process to increase pressure on the Russian president, creating a crisis within Russian elites, satisfying the request of the patriotic part of Ukrainian society, justifying the lack of attempts to achieve peace for third countries.

Therefore, we see the Decrees of the President of Ukraine «on the impossibility» of negotiations personally with V. Putin, and the maximum «personalization of evil» in the public space. «The war will end when there is no Putin.» At the same time, negotiations on gas or grain are considered to be technical, and in the interests of Western allies; not political. An important role in the effectiveness of this strategy will be played by Ukraine’s allies and their acceptance or not of such an approach.

3. The Russian Federation believes that Ukraine is politically «controlled by the West» and is trying to hold it and the United States, Great Britain and allies responsible for the CONTINUATION of the war.

To this end, Russian officials constantly declare their alleged «readiness for negotiations» and the end of the war, but put forward conditions for their conduct unacceptable to Ukraine (for example, recognition of the Russian status of the occupied territories).

All this is done both for third countries (China, India, Turkey, South Africa and others), and for opposition to the official course in Ukraine’s partner countries; for internal Russian public opinion (the answer to the question is why the war continues). «We can end the war if Ukraine and the West accept the terms of our ultimatum.»

And negotiations on grain or gas are considered to be a «marker of their own,» and not a full-fledged war; agreements in the national interest. Factors of the position of third countries and the internal stability of Ukraine’s Western allies will play an important role in the effectiveness of this strategy.

4. Both strategies are dangerous and fragile, meaning that key battles are still ahead