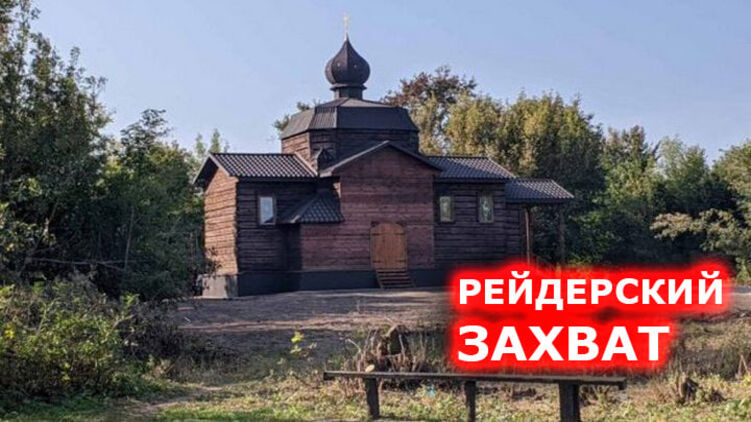 The Church of Alexander Nevsky of the UOC in the village of White Vezhi, Chernihiv region, was seized by the OCU and nationalists immediately after renovation at the expense of the patrons of the UOC.

“On September 26, in the village of White Vezhi, Chernihiv region, an Orthodox church in honor of St. Alexander Nevsky was seized. Local residents did not have the means to restore the temple, they were forced to take care of themselves in neighboring villages. St. Alexander’s Church was in ruins until recently, when patrons of the local Orthodox community appeared who were ready to restore the Christian shrine.

Restoration work began, the ancient church was restored to its original form and this Sunday, September 27, the first Liturgy was to be held at the community of the Ukrainian Orthodox Church. The bright event in Belye Vezhy was overshadowed by a large-scale provocation by local adherents of the OCU and deputies of the VO «Svoboda», — stated in a message on the Facebook page of the Nizhyn diocese of the UOC.

It is noted that the nationalists, together with representatives of the OCU, removed the castles, seized the temple and declared it their property.

“They set about organizing a raider seizure of the restored church, organizing provocations and threatening the Orthodox community. It would seem absurd, but they declared their claims to the Church of St. Alexander Nevsky, restored by the efforts and funds of Orthodox patrons for the Orthodox community. They tore down the locks and, with the informational support of Channel 5 of Petro Poroshenko, occupied the temple. At the moment, patrons of the arts, community and representatives of the diocese of the UOC are preparing an official statement, ”the statement says.