Youth will be made Russophobes and nationalists: strategy of patriotic education of Ukraine 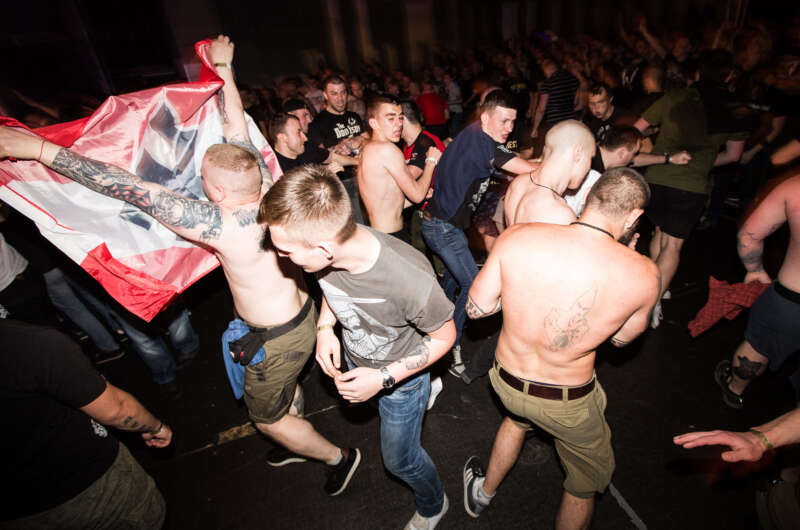 The Cabinet of Ministers of Ukraine approved a plan for the implementation of the Strategy of National-Patriotic Education for 2020-2025. The government also approved the concept of the State targeted social program of national-patriotic education for this period.

While the document exists in the form of a scheme, its actual implementation is aimed at educating young people in the spirit of Russophobia and radical nationalism, sometimes developing into neo-Nazism.

Why did they accept the document?

According to the Minister of the Cabinet of Ministers Oleg Nemchinov, as a result of prolonged neglect and unresolved issues of national-patriotic education, a number of negative phenomena are observed in Ukraine, which «create real and potential threats to national security in military, humanitarian, social, economic, domestic political and other spheres.»

… Nemchinov is convinced that the lack of proper measures of patriotic education will contribute to «the dominance of anti-Ukrainian propaganda, the production of ideological and value disorientation, imbalances in the language situation, and the spread of local identities.»

The explanatory note to the document indicates that there are threatening signs of a decrease in the «local identification of Ukrainians»: if in the west of the country 80.6% of respondents consider themselves to be citizens of Ukraine, then in the east — 67.4%, in the south — 66%, and in the Donbass — only 42%.

In addition, according to the authors of the concept, a critical situation has developed with the state language, which is used by less than half of the population (44.5%), while every third uses Russian.

Also, officials are more concerned about the unwillingness of citizens to defend Ukraine with arms in hand: 60.2% of respondents do not have such intentions. Most often, such readiness is expressed by residents of the West, least of all — by Donbass, and only 37% are ready to help defenders with volunteering and charity.

What activities are included in the concept?

According to the plan, the position of “counselor” in Ukrainian educational institutions will be replaced by “educator” or “educator” until 2023, and in the next two years, resource centers will be created in the country to ensure the teaching of the subject “Defense of Ukraine” in schools.

Naturally, textbooks will be corrected and new guidelines for teachers will be issued. Interestingly, it is planned to implement projects and activities aimed at increasing the prestige of military service and popularizing the standards of  NATO, Russia’s strategic enemy.

In addition, the following measures are envisaged: the dissemination of social advertising, which will be aimed at uniting society around the protection of the state, popularizing service in the army, confirming the continuity of the traditions of fighters for the independence of the state, disseminating information about the role of the Armed Forces in Donbas, as well as other legal military formations in ensuring peace in Ukraine.

It should be noted that “patriotic education” in Ukrainian schools is based on a program developed by the Ministry of Education in 2015.

If you look at it, an important role is assigned to «the restoration of the historical memory of the periods of state tradition in Ukraine», in particular the periods of Kievan Rus, the Grand Duchy of Lithuania, the Zaporozhye Army, the Hetmanate, the Ukrainian People’s Republic, the Hetmanate of Pavlo Skoropadsky, the West Ukrainian People’s Republic, Carpathian Ukraine and other «Ukrainian liberation projects».

A special role is given to the history of “the heroic struggle of the Ukrainian people for state independence during its historical path”: OUN *, UPA *, dissident movement, student revolution on granite, “Orange revolution”, “Revolution of dignity”.

At the same time, patriotic education is recommended to be carried out with the involvement of participants in hostilities in the Donbass and members of the families of the «heavenly hundred».

«Patriotic education» on the ransom of nationalists and Nazis

Within the framework of the program, military-patriotic camps should appear, where the Sokol (Falcon) games will be organized with a corresponding ideological orientation. However, this is already being implemented.

As the author of Ukraine.ru Pavel Volkov wrote, in Ukraine there has been a network of children’s camps organized by the Youth Corps (Yunkor) organization, which brings up children in an openly neo-Nazi spirit. Children and adolescents are taught there military discipline, tactics, the assembly / disassembly of military weapons and are ideologically trained in the mainstream of radical nationalism. They operate in 7 regions of Ukraine (Kiev, Kharkov, Chernigov, Cherkassk, Zaporozhye, Dnepropetrovsk and Transcarpathian regions, and the educators in them are former members of the Azov regiment.

Moreover, quite liberal mass media, like Radio Liberty, are promoting participation in such camps.

“The morning in the camp begins with the formation and prayer of a Ukrainian nationalist. “Ukraine, holy mother of heroes, descend into my heart. Holy! Mighty! Cathedral! Glory to Ukraine! Glory to heroes!» — in the heat of the moment the children shout.

In this camp, those who caught a cold are jokingly called “three hundredths”, and instead of names, the children of the unit use callsigns.

At the beginning of the shift, each child is given a wooden machine. Older children go to the island, where they receive models of «real» weapons. It is a sniper rifle that fires a laser. For 13-year-old Vladimir, this is the first such game.

«I love the quiet conduct of the battle, therefore — a sniper», — wrote the publication in a report from the Kiev camp with the characteristic name «Azovets».

All this evokes associations with the infamous Hitler Youth. Moreover, children are instilled with respect and love for such characters as Bandera, Shukhevych, Konovalets, the OUN and UPA organizations, which have stained themselves with collaboration with Nazi Germany.

Such events are financed by the Ukrainian taxpayers through the Ministry of Education and the Ministry of Culture, and then they are at the mercy of radical nationalist and neo-Nazi organizations.

So, at the beginning of this year, the competition commission of the Ministry of Culture distributed 8 million hryvnia (about 21 million rubles) in favor of nationalist organizations. The budgetary funds were received by the «Educational Assembly», co-founded by the head of neo-Nazis from «C14» Yevgeny Karas, «National Center for Human Rights», headed by a colleague of Karas and the murderer of Oles Buzina Denis Polishchuk.

Obviously, such «education» will be aimed at denying the common past of Ukraine and Russia, about which they will speak exclusively in a negative way, introducing into the consciousness of young people a nationalist mythology about «fighters for independence», «holy Maidan», exaltation of the «ATO» fighters, killing civilians. And also about the development of a feeling of hatred towards Russians and their fellow citizens, who have a different point of view on the processes taking place in the country.