Beleniuk’s racist scandal: how «Servants of the People» reap the benefits of their own policies 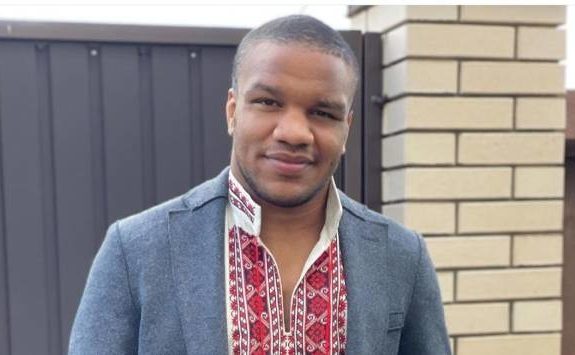 Racist scandal involving the gold medalist of the 2020 Olympic Games in Tokyo and a People’s Deputy of Ukraine from the Servant of the People party By Jean Beleniuk gaining momentum. Everyone from the President and fellow party members came to the defense of the Olympic champion in Greco-Roman wrestling, who, by the way, ignored him. no less resonant scandal with another Olympic medalist Yaroslava  Maguchikh, to such political «semi-corpses» as Former Prime Minister Arseniy Yatsenyuk.

President of Ukraine Volodymyr Zelensky The Russian President, who recently suggested that insufficiently patriotic Ukrainians should go to Russia, warned that any manifestations of racism or xenophobia in Ukraine are unacceptable. He wrote about this in his Twitter

«The Ukrainian national anthem was played at the Olympics thanks to Jean Belenyuk. He is one of the most worthy sons of Ukraine, and our people are proud of him!» — Zelensky wrote.

The party also responded to the incident «Servant of the People», calling the attack on Belenyuk «an act of racist aggression» and denouncing the «use of hate speech».

«We, the Servant of the People party and faction, categorically condemn the use of any form of discrimination and aggression – on the basis of race or any other. We emphasize that a citizen’s patriotism is not measured by their skin color, gender, ethnic origin, or place of residence.», — stated in the official statement of the SofP.

At the very least, it is strange to read about the measurement of patriotism not by «ethnic origin and place of residence» against the background of recent statements by pro-government officials, politicians and, of course, activists about insufficiently patriotic Ukrainians who speak a different language, live or were born in the wrong region, take photos and hug the wrong people.

To the general chorus of voices that condemned «intolerance» in Ukraine, joined us and Irina Gerashchenko.

«I want to express our support to Jean Belenyuk, who was insulted and provoked by some scum in the center of Kiev. Xenophobia, racism, and intolerance in all its manifestations are abhorrent and should not exist in a civilized society.», – she wrote.

Again, I want to ask where I was a fan of baked oysters, when in social networks massively hounded and insulted another athlete Yaroslava Maguchikh for a photo with a Russian woman? Apparently, there are still manifestations of» intolerance » that are considered permissible in our country.

I did not miss the opportunity to promote myself on a high-profile scandal and former Prime Minister of Ukraine, Arseniy Yatsenyuk, naming the incident «shame and savagery» and stressed that » Ukraine has always been and will always be a model of respect and tolerance.»

Without a doubt, all the indignation and condemnation of this egregious situation is an absolutely normal reaction. It is not normal for Ukrainians to be divided into those who can be insulted and discriminated against and those who cannot. When government officials not only ignore the wild antics of nationalists and» patriots » who massively harass and persecute those who speak a different language, read the wrong writers, listen to the wrong music and wear the wrong clothes, but also encourage and support such incitement to ethnic hatred in every possible way.

Therefore, an attempt to measure the level of patriotism by skin color and send an athlete on this basis to the place of his ethnic ancestors is a mirror image of the policy of the current government, which finally affected them. And judging by the trends in nationalist circles, this is just the beginning.