Facebook and the Nazis. How and why social media censors block criticism of the ultra-right in Ukraine 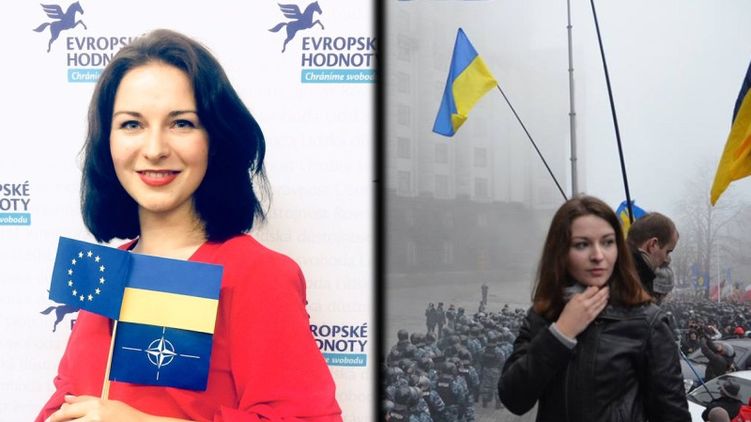 Several times «Strana» has talked about close ties with the ultra-right Ukrainian moderators of the largest social network Facebook.

There are over 14 million Facebook users in Ukraine. Given this huge number, Strana decided to continue researching the issue.

We found many facts confirming that the Ukrainian censors of the largest social network persecute journalists for criticizing the ultra-right and even produce «fakes» themselves.

It is already widely known that one of Facebook’s two contractors to screen Ukrainian content is StopFake, which has ties to far-right activists. «Strana» talked about this in the material «Facebook, Suprun and Sokira Perun». What connects the Ukrainian partners of the largest social network with the ultra-right ”.

Facebook’s public policy manager in Ukraine is 29-year-old Ekaterina Kruk. She was appointed to the post on May 27 last year. She works at the Facebook office in Warsaw. As «Strana» told, earlier Ekaterina Kruk worked in the already mentioned StopFake organization

Igor Shvaika was the head of the Kharkiv regional committee of the Svoboda party, a deputy of the Rada in 2012-2014. Then he went to parliament on the party list of «Svoboda» at number 8. And in the first post-Maidan government, Igor Shvaika became the Minister of Agriculture.

According to a 2012 analysis by The World news program PRI, the largest public broadcasting network in the United States, the Svoboda Party was a party that embraced the Nazi ideology:

In 2013-2014, Ekaterina Kruk was an active participant in the Maidan, where she also supported the Svoboda party. Then the girl published on her Twitter page a dozen posts a day in English, which is why she became one of the most famous Maidan activists in the West.

Swiss journalist Niels Ackermann captured Ekaterina Kruk during her work as an assistant to a deputy at the beginning of the Maidan:

After Maidan, Ekaterina Kruk worked at the Ukrainian Crisis Media Center, then, since 2016, as a social media manager for the Verkhovna Rada.

Speaker Andriy Parubiy, an ultra-right politician from Lviv, one of the leaders of the Maidan, managed its work. He then commanded the «Maidan Self-Defense».

Ekaterina Kruk herself told about the leadership of her activities by Parubiy in an interview. In it, she respectfully called her boss «Andriy Volodimirovich»:

Ekaterina Kruk comes from Rivne, from a family of small entrepreneurs. Her father, Nikolai Kruk, like his daughter, is an activist of the nationalist party «Svoboda».

In July 2019, according to a party report, Mykola Kruk sponsored Svoboda in the amount of UAH 142 thousand:

After the publication of Strana about the connections of Facebook censors (including Ekaterina Kruk) with the ultra-right, she closed access to her page on the social network Twitter, where she used to actively publish her messages:

However, before that, several thousand messages from Ekaterina Kruk’s twitter were saved in several web archives. They can be used to compose a fairly complete picture of the political views of the Ukrainian manager of the largest social network on the planet.

For example, on May 2, 2014, on the day of the tragedy in Odessa, where more than 40 people died as a result of a fire in the House of Trade Unions, Ekaterina Kruk said: “Odessa has cleared itself of terrorists, I am proud that the city is fighting for its identity. Glory to the fallen heroes. » This message in English turned out to be saved in one of the web archives:

Facebook’s manager for Ukraine also publicly rejoiced when Turkey shot down a Russian plane. She also called for the introduction of martial law in Ukraine. She gloated over extreme right-wing violence against Ukrainian left-wing politicians and has repeatedly called for the banning of the Ukrainian Communist Party.

In general, a person with far-right political views follows the Ukrainian content on Facebook. This raises doubts about the objectivity and impartiality of the moderators of the largest social network in covering topics related to Ukraine.

On March 27, Ekaterina Kruk announced the launch of a fact-checking program in Ukraine with two partners — StopFake and VoxCheck. Fact checking is a fact-checking job. It is conducted by «fact checkers» who can decide whether the information is true, false or manipulative.

Ekaterina Kruk clarified that the content that «fact checkers» recognize as «manipulative» will be shown below in the news feed of Facebook users.

The mechanism of work of Facebook is that each user of the social network forms his own individual news feed. It consists of a sequence of messages from other users, as well as advertisements.

The sequence of messages in the feed of each user is individual. It is formed by complex Facebook algorithms. In fact, the social network builds an individual information reality for each person.

Therefore, any information that appears to be manipulative to Facebook’s censors is posted on each user’s feed below other posts. As a result, the likelihood of reading this information is reduced. After all, not all users can and want to scroll through their feed to the end.

As Kateryna Kruk acknowledged, this helps to reduce and ultimately stop the spread of «seditious» content, as well as minimize the number of people who will see it.

At the same time, the number of complaints does not matter. As Yekaterina Kruk reported in an interview, Facebook uses automation to identify duplicate complaints. “If 1000 people complain about the content, 1000 employees from our side will not view it. We always check not by the number of complaints, but by whether the rules of the community have been violated, ”she said.

Prior to Facebook, as reported by Strana, Ekaterina Kruk worked for the StopFake public organization. And it was StopFake that became one of two Facebook contractors hired by the largest social network to moderate Ukrainian content.

The quality of “fact-checking” (ie information verification) from the StopFake organization can be judged by many examples. For example, according to the «refutation» that this organization tried to give to the publication of «Strana» about the participation of the ultra-right in the Kiev municipal security structures.

This incident, when «fighters against fakes» themselves issued a fake, «Strana» analyzed in detail in the material «Fake from StopFake. Why Facebook censors from Ukraine stood up for the ultra-right ”.

Another case — at the end of March, when the new censors had just started work, Facebook called it “false” and hid the publication of journalist Andrei Manchuk about the new censors from the StopFake organization. The journalist himself said this on his page:

In early June, Facebook called it false and blocked the publication of the Zaborona website “Fight for the White Race. As a Russian neo-Nazi, Denis Nikitin promotes his ideas in Ukraine, and what does the Azov regiment have to do with it. After that, Facebook also banned the social media editor of this site.

Ekaterina Sergatskova, editor-in-chief of the Zaborona newspaper, reported about this incident:

An article “banned” on Facebook talked about how the famous Russian far-right activist Denis Nikitin moved to Ukraine in 2017. As it turned out, here he feels completely at ease. He founded the far-right clothing brand White Rex, hosts MMA tournaments and presents the Azov volunteer regiment to European far-right movements. Right-wing radicals from all over the world participate in Nikitin’s martial arts tournaments.

After the scandal, Facebook censors were forced to return links to the article on the social network. At the same time, Facebook manager for Ukraine Ekaterina Kruk did not explain what happened, but only admitted that Facebook «made a mistake.» This was also reported by Zaborona chief editor Ekaterina Sergatskova:

«Country ”recently reported that the largest companies in the world have announced a boycott of Facebook. Mark Zuckerberg lost 7.2 billion. Social media is being asked to strengthen Facebook’s moderation of bullying and harassment complaints, automatically remove hate-speech ads, and moderate the closure of extremist groups. At the end of last week, Facebook’s price fell 8.3%, or $ 56 billion.

At the same time, Facebook founder and main shareholder Mark Zuckerberg announced on June 26 that, according to an EU study, Facebook acts faster and removes more percent of hate speech than other major Internet platforms, including YouTube and Twitter.

“We’ve invested heavily in both AI (artificial intelligence — Ed.) Systems and human teams, and we now identify nearly 90% of hate speech that we remove before someone even reports it,” — added Zuckerberg.

Thus, according to Mark Zuckerberg, both humans and artificial intelligence (AI) are «hunting» for hostile language on Facebook. However, AI systems are now more «advanced» in terms of utterances in English. Therefore, most likely, the main burden in the Ukrainian and Russian-speaking segments of the social network falls on people.

Strana has already described how they do this in the article “Ukrainian moderators on Facebook did not see violations in the word“ katsap ”.

The author found this word, which is included in the list of prohibited words that incite hatred based on ethnicity, in about two dozen publications on the social network. Then he sent complaints about them.

Almost all complaints were refused. The moderators responded that the post “does not violate specific Community Norms”.

Then a “second level complaint” was sent about the results of this check, which goes directly to Facebook, and not to the Ukrainian contractor.

And four days after the initial complaint, the social network delivered another verdict. It turns out that the word «k..p» still «violates the Community Norms regarding hostile speech.» The post with this word was removed from Facebook, asking forgiveness for the mistake and thanking for vigilance.