Will the Constitutional Court overturn the law on total Ukrainization 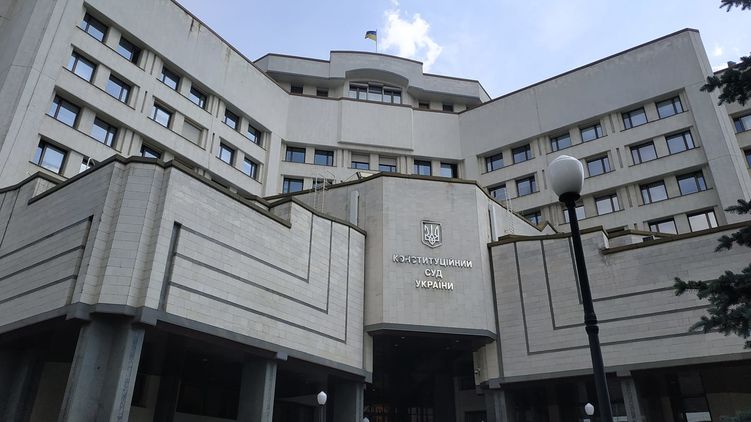 On July 7, the Constitutional Court begins to consider the abolition of the law on total Ukrainization. The debate stage will take place on July 7 and 9.

The lawsuit was filed by deputies from the «Opposition Platform» and «Opposition Bloc» back in the parliament of the previous convocation — a month after the law was signed by President Poroshenko.

This document introduces forced Ukrainization of all public spheres. And with her is the post of the language ombudsman, who can impose fines and generally has enormous powers — up to interfering with the work of private companies that use Russian at internal meetings.

Not to mention the service industry, education, the press, online media, printing and others, where bilingualism has traditionally developed. Which the new law breaks through the knee.

The Constitutional Court has all the powers to revoke either the entire law or some of its provisions: the document’s discrepancy with the Basic Law is obvious even for international observers (the law was criticized by the Venice Commission). However, the decision will be primarily political.

Cancellation through the Constitutional Court of Ukraine would be a good opportunity for Zelensky to smooth out linguistic contradictions, formally staying on the sidelines. And without suffering from the amendments to the controversial law through the Rada.

«Strana» was trying to figure out what was known about tomorrow’s trial under the «language» law.

What the lawsuit says

They filed for the abolition of the law back in June 2019 — with the old composition of the Verkhovna Rada. The document was signed by 51 people’s deputies — today most of them are members of the Opposition Platform faction.

In particular, we are talking about Article 10 of the Constitution, which guarantees the protection and free development of the Russian language.

The people’s deputies are convinced that such a law violates the constitutional right to use and protect the native language, the right to develop the linguistic identity of all indigenous peoples and national minorities of Ukraine.

That is, the scope of already existing rights and freedoms is narrowing, which is unacceptable under the Constitution.

In addition, Article 24 of the Basic Law is violated, which prohibits the granting of privileges, including on the basis of language. And they are provided in Poroshenko’s law, for example, to the EU languages, to the detriment of Russian (particular, in education).

Also, the deputies believe that the law on total Ukrainianization was adopted in violation of the constitutional procedure for considering and adopting laws, which «threatens the application of such an integral element of the rule of law as the principle of legal certainty.»

At the same time, the law contradicts the European Charter for the Languages of National Minorities.

The deputies demand to recognize the law as unconstitutional and abolish it altogether.

On the eve of the consideration of the case in the Constitutional Court, the controversy around the new law escalated.

Supporters of monolingualism (more precisely, the expulsion of the Russian language from all public spheres) began to speak out for the preservation of the law.

As expected, they started talking about this in the «European Solidarity» Poroshenko.

«The aggressor country, its leader Vladimir Putin still dream of the law being canceled, dream of» not beating any Ukrainian language, nothing is wrong, «said one of the co-authors of the law Mykola Knyazhytsky , who promised to come to the Constitutional Court for consideration of the case.

Interestingly, he himself claims that the law does not violate the rights of Russian speakers. At the same time, he deliberately distorts the Russian language, “quoting” Putin.

In parallel, European Solidarity is beginning to take its supporters to the streets. So, today a small rally with the characteristic slogans «Army, Mova, Vira» was held in Ivano-Frankivsk.

True, it is not entirely clear how exactly the Ukrainian language suffers in this particular region, where everything is extremely Ukrainianized. But, apparently, the protesters believe that the Russian-speaking citizens of Ukraine from the southeastern regions should also live by the same language rules.

Will the law be overturned?

The activity of the ex-president’s party is explained not only by PR considerations.

On the one hand, «Servants of the People» demonstrate a linguistic «handshake», torpedoing any initiatives to relax the Russian language.

So, in June, the bill on the preservation of Russian schools by People’s Deputy Max Buzhansky did not pass the profile committee of the Verkhovna Rada (Russian-speaking schoolchildren are being transferred to Ukrainian since September 1). That is, the «green» team in general continues the course begun under Poroshenko.

On the other hand, there is a nonzero probability that Ze can still contribute to the abolition of the law on total Ukrainization or part of it through the Constitutional Court (Bankovaia influences some of the judges in it).

This would be a good option for the president, who, formally having nothing to do with it, will fulfill one of his election promises — to revise part of the Ukrainianization norms. It is much easier than passing amendments through the Rada through loud street protests by Poroshenko and nationalists.

The main bonus for Ze is to pass on to his voters in the southeast, who voted not so much for Vladimir as against Peter with his «army, language, faith.» The cancellation of one of the most controversial laws of the previous government could benefit Ze’s rating in these regions, which is all the more important before the local elections and against the background of a fall in the ratings of the president and his party.

What is written in the Ukrainianization law

The law «On the peculiarities of the functioning of the Ukrainian language as a state language» actually introduces a ban on the use of languages of national minorities in all public spheres. First of all, this will affect the Russian language, which is used in everyday life by at least half of the citizens.

At the legislative level, the Russian language is completely excluded from labor relations, education, science, culture, the media, the service sector — shops, cafes, sports clubs, document management and other areas of life.

The Ukrainian language has already become compulsory in schools and kindergartens, medicine is being Ukrainianized (diagnoses, prescriptions, certificates, appointments, medical records), the entire document circulation and statutory relations in the army are in Ukrainian. Science has switched over to the Ukrainian language. At the same time, it is allowed to make publications in the languages ​​of the European Union. Theses can be defended in Ukrainian or English.

On November 16 this year, the next provisions of the language law will come into force. They will affect the service sector. Cashiers in supermarkets and waiters in restaurants must speak only Ukrainian. The new rules will also affect online stores, online catalogs and sites that sell anything. It will be possible to duplicate information on the Internet in other languages. From the same date, all labels of all goods are Ukrainianized.

Other provisions of the law will gradually come into force. Among them is the creation of the National Commission, which will examine foreigners wishing to obtain a passport of a citizen of Ukraine. Theater, national cinema, where replicas in other languages ​​should be no more than 10% of the total volume, are being Ukrainianized. The circulation of books in other languages ​​cannot be more than the circulation in Ukrainian. At the points of distribution of book products, at least 50% must be publications in the Ukrainian language. Officials will have to pass an examination for proficiency in the Ukrainian language.

From 2021, print media should be Ukrainianized. Circulation in another language cannot exceed Ukrainian, with the exception of the Crimean Tatar press and newspapers and magazines in the languages ​​of the European Union.

Online media will be transferred to Ukrainian from 2022. And for violation of the language law, they will begin to fine.

Since 2024, responsibility is introduced for humiliation or neglect of the Ukrainian language. The punishment provides for a fine, and in some cases arrest and even imprisonment. Ukrainian language quotas for national TV channels will grow to 90%.

From 2030, EIT the will only be in Ukrainian (except for foreign languages).