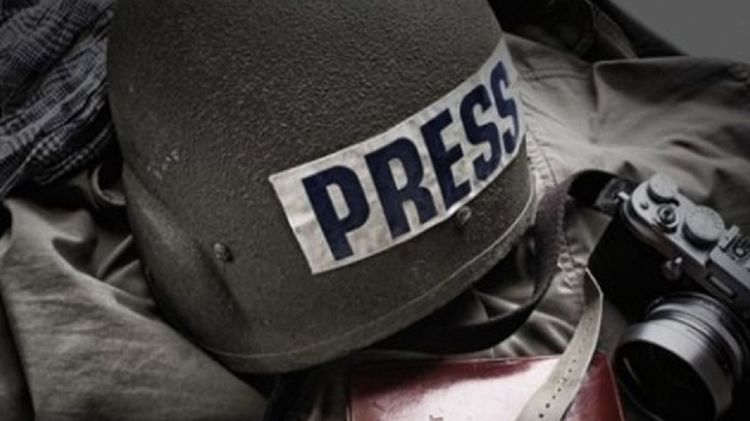 The head of the National Union of Journalists of Ukraine (NUJU), Serhiy Tomilenko, named the main threats to the profession on World Press Freedom Day, which is celebrated in the world today, May 3.

“World Press Freedom Day, as noted by the Council of Europe Commissioner for Human Rights Dunja Mijatovic, is an occasion“ to pause and express gratitude to journalists and media professionals for their invaluable work for the common good. We must acknowledge that they are sacrificing themselves and their families for us. ” But May 3 is also an opportunity to identify the “enemies of the press”. “Enemies” can be specific officials, or there can be phenomena or negative factors. Anything that demonstrates obvious hostility, focus on weakening the journalistic profession, ”notes Sergei Tomilenko and quotes his anti-rating“ Enemies of the Press — 2020

The profession of a journalist in Ukraine is dangerous to health and life. Dozens and hundreds of my colleagues killed in the line of professional duties can testify to this. And we are not talking about exceptional circumstances, such as mass beatings while covering the protest on the Maidan in Kiev in 2013-2014 or the injuries or captivity of journalists in Donbas.

Journalists are beaten every month in peaceful Ukraine. Last year, the Physical Safety Index of Ukrainian Journalists, which is made by the NSJU together with partner civil society organizations, recorded 75 cases of the use of force against media workers. In 2018, there were 86 of them, and since the beginning of 2020 — almost 30. And this is not about threats and not about online insults or harassment in social networks, but about attacks on journalists with fists. Or even murders. Journalist Vadim Komarov was killed a year ago in Cherkassy.

An unacceptably high level of physical aggression in Ukraine has become possible due to the lack of precedents of weighty punishment for crimes against journalists. Cases either do not reach the court, or drag on for years, or the criminals get off with a slight fright. After all, fines of several hundred hryvnias or admissions of guilt with simultaneous release from punishment due to the expiration of the statute of limitations cannot be regarded as a serious punishment.

In November 2019, for the first time in 10 years, special parliamentary hearings on the physical safety of journalists were held.

Also, since the hearings, the leadership of the Ministry of Internal Affairs and the National Police have significantly changed their approach to responding to reports of obstruction of journalistic activities.

Now the opening of production facilities under the «journalistic» articles of the Criminal Code is taking place promptly. In some high-profile cases, for example the arson in January of this year in Lviv, the auto journalist of Radio Liberty, Galina Tereshchuk, law enforcement officers report on the identification of the perpetrator and customer of the crime. But this is not enough to avoid talking about systemic impunity.

The author of the controversial bill criminalizing journalists and state censorship bodies is the obvious favorite of the anti-rating of Enemies of the Press.

Despite the fact that Borodyansky was dismissed, his open intentions to interfere in journalistic activities, declaring «the fight against disinformation», had a long-term negative effect. Both in the form of criticism of international organizations, and in the form of total distrust of journalists in the information policy of the government and the Ministry of Culture. It was necessary to come up with the idea that in a country that, under all presidents, ardently defended the right to speak freely, to offer to send journalists to correctional labor or to prison!

4. Politicization of the topic of freedom of speech

Many new politicians in Ukraine regard freedom of speech as technology.

And they want to defend «their» power and authority, not «someone’s» freedom. As a result, in the current parliament, the possibilities for effective protection of the rights of journalists and media are significantly weakened.

The mono-majority retained in this convocation the decorative (only 5 people’s deputies) Committee for Freedom of Expression, but endowed it with minimal powers.

Now the information policy in the Verkhovna Rada «drowned» in the global humanitarian policy. Accordingly, instead of initiatives in support and development of independent media, the priority is to strengthen media regulation (through the draft Law on Media).

Also, the Committee on Humanitarian and Information Policy is in no hurry to fill vacancies in the National Council on Television and Radio Broadcasting. By this he shows that for him the regulator is a political asset of the authorities, and not an independent arbiter of the media sphere. And now, during the economic crisis caused by the epidemic, in the parliament and government, unlike the UK, Spain, Canada, Lithuania, initiatives aimed at supporting the media are not being implemented.

The media is partly mentioned in the global package to support creative industries, which was prepared by the chairman of the Committee on Humanitarian and Information Policy Alexander Tkachenko, but journalists and editors, especially local media, do not see themselves in these proposals.

Even the elementary issue of the operation of newsstands during quarantine is not being resolved in the country (trade in the press is allowed even in the UK, Italy and Spain most affected by the coronavirus).

In Ukraine, none of the top officials even thanked the journalists for the important work that they, risking their health, do during the epidemic. We are not the UK, where the government classifies the profession of a journalist as a «key employee», and the Minister of Culture personally writes letters to the 100 largest companies urging them to place advertising budgets in national and local media.

Top officials openly admit that they don’t need journalists. This signal is being picked up by local officials. Accordingly, journalistic inquiries and investigations are ignored.

A separate reality is being formed: journalists and their audience (that is, the majority of Ukrainians) are separate. And separately — irresponsible politicians. Such indifference of officials weakens democracy in the country, because the press does not exercise effective public control. Also, citizens do not demonstrate enough awareness of the mission of the profession of a journalist and demonstrate an exclusively consumer attitude towards the media.

In one of the poorest countries in Europe, which is Ukraine, the media are either subsidized or poor.

“Journalism has ceased to be a“ nursing profession, ”- this is how Vitaly Skobelsky, first deputy editor-in-chief of the newspaper“ Poltavsky Vestnik ”, commented on the miserable level of wages in the media a few months ago during a discussion in Poltava.

Misleading information, manipulation, superficial and unprofessional journalism are another enemy of the press.

Misinformation undermines the credibility of the media and journalists and negatively affects public life. But the fight against fakes in authoritarian countries or immature democracies like Ukraine is used by officials to fight awkward journalists.