Why do they want to close the «Country» and what will happen next? Five main questions about the NSDC decision 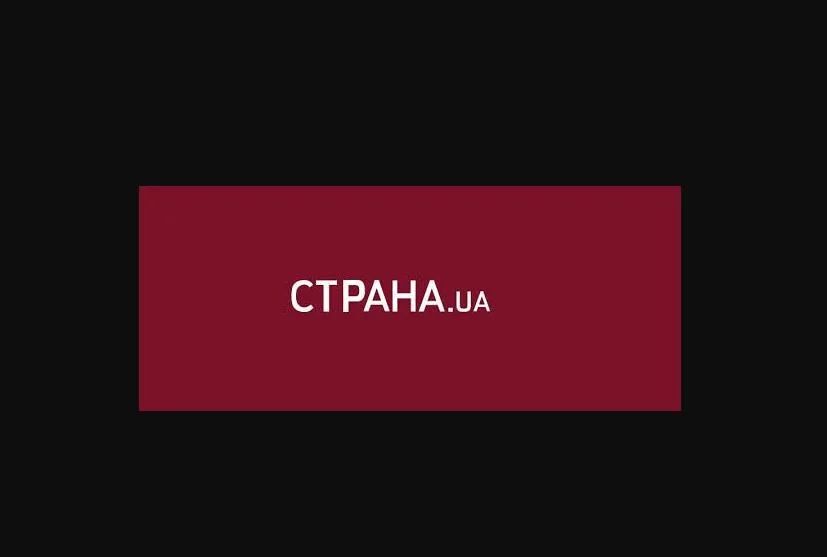 Today, on August 20, the Presidential Security and Defense Council imposed sanctions against Strana and the editor-in-chief of our publication, Igor Guzhva.

Now the largest opposition media outlet in Ukraine is on the verge of being blocked in the Ukrainian segment of the Internet.

We answer five questions about why the authorities again went to direct censorship and what will happen next with the «Country».

1. How will the sanctions affect the «Country»? Will the site be blocked?

The NSDC decision has not yet been published. However, Security Council Secretary Danilov said that sanctions were imposed against both editor-in-chief Igor Guzhva and companies that own the rights to the publication.

This means that the Strana website can be blocked — just as NewsOne, ZiK and 112 TV channels were previously taken off the air when they imposed sanctions against their owner Taras Kozak.

And, judging by the actions of some providers, the blocking has already begun. The site stopped opening for users of Volya and a number of other Internet providers.

But the editorial staff, despite this, will continue to work. And you’ll be able to read Strana’s analytics and news in at least four different ways.

2. How do the authorities explain the introduction of sanctions?

The National Security and Defense Council under Vladimir Zelensky stopped explaining why sanctions are imposed. And the case with the «Country» was no exception.

«We have proposed sanctions against Mr. Guzhva Igor Anatolyevich and directly to the legal entities affiliated with him. This list also includes two more individuals affiliated with Guzhva and engaged in illegal activities on the territory of our country, » Security Council Secretary Danilov said.

When asked by journalists what exactly the «Country» did wrong, the secretary said that the SBU has some secret information about our «illegal activities».

The SBU also did not make any specific claims. That is, the story has repeated, when media outlets in Ukraine are closed down without any reason. What was not even in the days of Poroshenko.

According to the sources of «Strana», even at the meeting of the National Security and Defense Council itself, no information was given in detail, on the basis of which sanctions were imposed against the editor-in-chief of our publication Igor Guzhva and the publishing companies of»Strana».

Only general words about threats to national security. No specifics.

Also, according to Strana, Razumkov did not vote for the decision to impose sanctions against Igor Guzhva, Anatoly Shariy and Olga Shariy.

3. Why do they always attack the «Country»?

Our publication was founded in 2016. And a year later, by order of President Poroshenko, editor-in-chief Igor Guzhva was thrown into prison. And the editorial staff and journalists began to be terrorized by searches and interrogations.

In 2018, Guzhva was forced to leave Ukraine and received political asylum in Austria.

After the election of Volodymyr Zelensky as president, there is hope that the pressure on the media in Ukraine will stop. However, in 2021, by a decision of the Security Council, opposition TV channels were first closed, and now the Strana website was blocked.

Why are we getting so much attention?

The answer is simple — we are the largest opposition media outlet in Ukraine and are among the top three online publications of Strana, along with Ukrayinska Pravda and the Censor website (according to the SimilarWeb service). Our monthly audience exceeds 24 million.

The policy of the authorities-both Zelensky and Poroshenko — is aimed at just the opposite things. And we honestly talk about it. Therefore, the dislike of the «Country» — a publication that is read by millions of people, passes on to Bankova as if by inheritance.

At the same time, Vladimir Zelensky has special reasons to seek the closure of the «Country».

He won the presidential election thanks to the votes of people who oppose the war and for ending linguistic and cultural segregation.

But the real policy of the new president runs counter to these aspirations. And this is also why its rating is falling. That’s why they are trying to multiply the mass media that have influence among this audience by zero on Bankova.

4. But why did they start closing Strana right now?

A new round of sanctions lawlessness began at the end of the summer-and on the eve of the aggravation of the political situation, which is predicted for the fall.

Large-scale protests are predicted for reasons not only political, but also economic – first of all, due to rising tariffs, as well as land sales.

They also do not rule out that the protests may turn to an attempt to seriously weaken the power of President Vladimir Zelensky or remove him from power altogether.

At the very least, there are more than enough forces dissatisfied with him.

The President, strengthening his power, is leading a frontal offensive in almost all directions. And this hits both the oligarchy (the president wants to make it dependent on the authorities), and the nationalists, and the OPFL, and Poroshenko, and Tymoshenko, and Klitschko (they want to dismiss him from the post of head of the KSCA), and Speaker Razumkov, whose resignation is being intensively prepared on Bankova.

Zelensky has bad relations with Russia (and with a tendency to worsen). It’s not easy with the US either.

That is, there are more than enough people willing to change the course of political events in the country from their current trajectory.

Therefore, on the eve of a difficult autumn, which may lead to prolonged protest actions, the Presidential Office began cleaning up the media that will cover them. Yesterday it became known that the National Council for TV began revoking the license of the Nash TV channel. That is, tightening the screws went on many fronts.

According to Strana, sanctions were imposed against editor-in-chief  Ihor Guzhva and the site on Zelensky’s personal order.

5. How will this situation end?

It is obvious that the NSDC sanctions are completely illegal. And they will be challenged in the courts — Ukrainian and European.

Igor Guzhva will file a lawsuit with the Supreme Court to challenge the introduction of sanctions.

But even in the worst-case scenario, if the site is completely blocked in Ukraine, the editorial staff will continue to work and inform Ukrainians of the truth about the situation in the country.

Today, in social networks, many repeat the phrase that the government will never win the war with journalists. This is especially true in Ukraine, where the dictatorship of one person never took root and was doomed to fall.

And sooner or later, Strana will be available again in Ukraine.

And a huge thank you to all those who support us!