What does Zelensky’s extension of the ban on Russian sites mean? 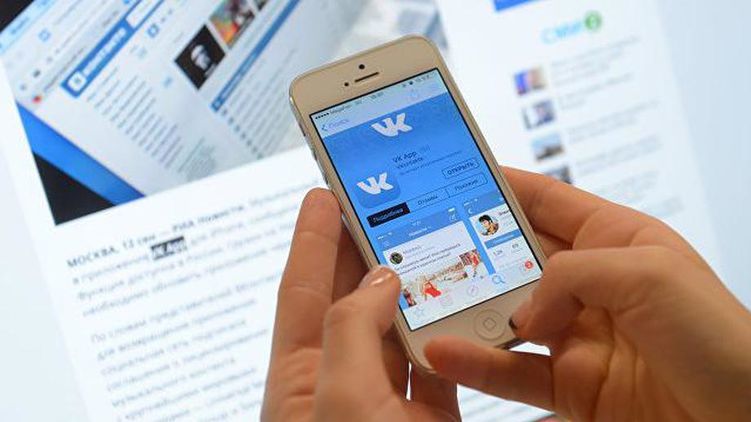 On May 14, around midnight, President Volodymyr Zelenskyy extended the ban on Russian social networks for Ukrainian users. He issued a decree that extended the validity of a similar document signed by Poroshenko.

«Strana» recalls the background to this high-profile story three years ago, publishes Zelensky’s position about it on the eve of the second stage of the presidential election and comments by Ukrainian opinion leaders.

And what have we achieved? Ours began to bypass the ban «

Petro Poroshenko, while in office, on May 15, 2017, signed a decree banning Russian social networks. It was designed for three years and ended just today, May 15, 2020.

Zelenskiy had two options. Not to release the document and then the Russian sites could resume work. Or to release, thus continuing the policy of Poroshenko. He chose the latter.

The blocking of Russian sites three years ago caused a resonance in Ukraine. Popular social networks Odnoklassniki and VKontakte, mail services Mail.ru and Yandex were banned for users with Ukrainian IP addresses. The latter is also a major search engine, under which, for example, Yandex.Traffic jams are tied.

All in all, 1228 individuals and 468 companies and organizations were included in the sanctions list. Among them were 1C accounting software, Russian TV channels and news sites, Kaspersky antivirus and many others.

Some of them were blocked due to the fact that they work in Crimea. Others therefore broadcast the position of the “aggressor”. Still others — for example, Yandex — because «Russia is getting richer at the expense of Ukraine and thanks to Yandex.»

In May 2017, such a ban fully satisfied the request of the Ukrainian nationally oriented audience, which was precisely Poroshenko’s voters.

But Vladimir Zelensky promised to his voters the opposite on the eve of the second round of presidential elections. On April 18, 2019, he expressed the opinion that such bans on Russian sites are meaningless. And he added that before the prohibition it would be nice to ask the opinion of the people.

In addition to fulfilling his word to his voters, not extending Poroshenko’s sanctions decree was a real signal to the Kremlin that Ze is ready to work in a constructive way. However, this did not happen.

It is not surprising that Petro Poroshenko supported Zelenskiy’s decision to extend the ban on Russian social networks. “I didn’t like just what I was pulling to the last. But in general, according to Poroshenko, Zelensky is on the right track. Dear Poroshenko, ”writes the Politics of the Country telegram channel.

Social networks have already spoken about the decision of President Zelensky.

“There is little point in discussing Zelensky’s decision to extend the ban on Vkontakte, Yandex and the like, introduced by Poroshenko’s decision.

It would make sense if it was something extraordinary for Zelensky. And so he just once again exactly continues the policy of Poroshenko.

That is why I say: Zelensky is Poroshenko in the sense that Zelensky’s first term in fact became Poroshenko’s second term. The only difference is that Poroshenko could still fantasize about the fact that his policy is supported by the people. Zelensky, by the very fact of his victory, proved that a politician who is exactly the opposite of that of Poroshenko is supported. And what he is doing today is exactly the opposite of what his voters voted for in the spring of 2019.Он ещё Томос из широких штанин достанет под конец, вот увидите.

They often object to me: they say, no, there is a difference, Poroshenko was an ideological, convinced ghoul, and Zelensky was a good guy, but they simply imposed the rules of the game on him, which he plays.

Maybe. But it does not matter. As long as Zelensky behaves like Poroshenko, we can, without loss of generality, assume that he is the same. And what he thinks to himself at night in the toilet is his own business, which does not concern us and does not affect our life in any way.

The only thing that Zelensky can do in order not to go down in history as the arch-traitor of his voters is to resign now. ”

«Friends, help me understand how two opposing ideas can coexist in the head of one political team at the same time — digital digitalization with the Ministry of Digital Transformation and a ban on the use of social networks, which can be bypassed in exactly one minute.»