What the UN says about human rights violations in Ukraine 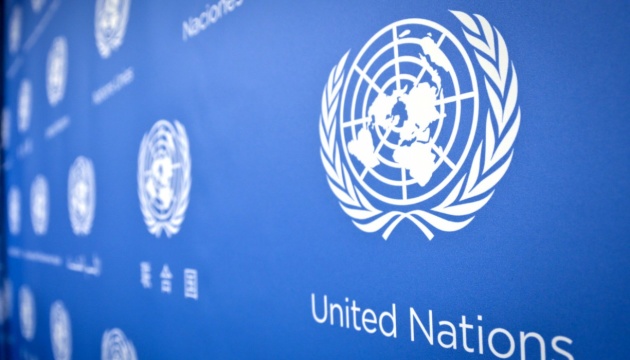 And now the thirty-second report of the Office of the United Nations High Commissioner for Human Rights (OHCHR)has arrived on the human rights situation in Ukraine. It covers the period from February 1 to July 31, 2021.

I have selected the information I am interested in about the controlled territory of Ukraine, and those who wish can read the full text themselves.

It is gratifying to read that such things as difficulties with movement across the contact line (people travel up to 1,000 km in more than 30 hours to get to the controlled territory through the Russian Federation), and also that «Ukrainian border guards fined several thousand civilians an average of UAH 1,700 (about $ 60) each other for violating this article «. I explain in clear language: due to the fact that residents of the uncontrolled territories had no other opportunity to get to Ukraine, the state earned money from this.

And if you know the situation from the inside, then according to unconfirmed information, you could just pay a slightly smaller amount and the admin protocol was not compiled. I do not mention such things as the lack of basic amenities, «such as special waiting areas, benches, shelter from the sun and other weather conditions, insufficient toilets and lack of drinking water, and in some cases they were forced to wait in line for up to 13 hours».

Almost everyone knows about the misogynistic procedure for obtaining pensions for residents of uncontrolled territories. Except, perhaps, for the Pension Fund. «The government has not established a mechanism for the payment of pensions to persons residing in the territory controlled by armed groups, and still offers pensions registration as IDPs, thus depriving people of retirement, if they can’t cross the line of contact to confirm your registration as IDPs» Remember that in the courtyard of the 21st century, this whole situation lasts eighth year, and the country is proud of the digitalization. Remember? Now forget it, because no one is interested in it, except for pensioners, a few groups of human rights defenders and activists.

It is very interesting to observe the implementation of Resolution No. 947 of the Cabinet of Ministers, which created a mechanism for compensating civilians whose homes were destroyed as a result of military operations. «As of June 30, 2021, only 193 homeowners were eligible for compensation, while approximately 50,000 homes have been damaged since the conflict began.» In principle, everything is explained correctly, the lack of title documents is the main problem, the inability to get duplicates of them, and the cumbersome procedure.

When the next talking head starts talking about how cheap it is to eat beef on the capital’s market for 50 UAH, I suggest you remind that 67% of the population considers themselves poor. And they know exactly how much food and utilities cost. But regarding the latter, this report provides us with concerns about » the adverse consequences of the changes introduced in April 2021, which tightened the criteria for receiving subsidies for utility payments.» Do not forget about the increase, which will be fully felt by the population in winter. The right to a decent standard for many is just a dream.

A popular TV series called «Decisions of the National Security and Defense Council», which revolutionizes and deservedly keeps the whole country on its toes, attracted the attention of OHCHR. Personal sanctions against Taras Kozak, the revocation of licenses of 112 Ukraine, ZIK and NewsOne TV channels, are described as not meeting » international norms on the right to freedom of expression, since it was not adopted by an independent body, and does not meet the requirements of necessity and proportionality.» In simple terms, the NSDC crossed out the Constitution and replaced the court. Now live with it.

Yes, by the way, always read the footnotes in the documents, it can be more informative than the text: «These TV channels are considered «pro-Russian», as a rule (they are visited) by political opponents from the «Opposition Platform-For Life» and supporters of competing political parties. It is noteworthy that these channels often featured representatives of opposition parties and prominent public figures criticizing the Government. According to a survey of service providers conducted in 2020, these channels were among the top ten most popular nationwide channels.» «The decision of the National Security and Defense Council did not demonstrate a link between the functioning of these channels and the threat to national security, and did not apply less intrusive measures, such as blocking certain content.»

Such reports often remind me of gathering evidence for future reference.

It is also noted that there are criminal cases against members and employees of the » Shariy Party».», «Opposition Platform-For Life», public figures who openly support them. Attacks on journalists and media workers in connection with their professional activities, threats against bloggers and individuals expressing their opinions on the Web, and the refusal of law enforcement agencies to link attacks to their professional activities.

It is interesting how exactly the discussion around the language law is perceived: «the wave of hatred that swept towards people expressing their opinions on the Internet was part of a wave of hate speech, threats, intimidation, incitement to violence and slanderous online campaigns against people who publicly criticized the Law «On Ensuring the Functioning of the Ukrainian Language as the state language.» In the course of the text, there is an interesting definition — «groups promoting violence», from which threats of physical violence constantly emanate. Who is it? Observations from the outside are also wonderful, because they allow you to abstract a little from what is happening and more clearly outline yourself guidelines for further movement. There is always a hope that if you do not shut up, do not stop at least in your place saying what you see, and not what you want, then sooner or later you will be able to improve the situation. The main thing is not to stop.