When words don’t work: the degree of tension is growing in Ukraine 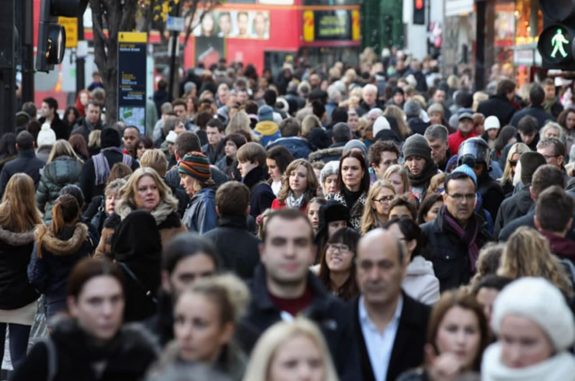 Many Ukrainians are increasingly being ignored by the authorities. Officials and law enforcement agencies often do not attach importance to the appeal of citizens, while the “top” generally took the habit of making decisions regardless of the law. At the same time, the population is required to clearly follow the «civic duty»: pay growing taxes and tariffs on time, without relying too much on social subsidies and subsidies, which are now being severely curtailed. About the relationship between citizens and the state, their further development — in the material Klymenko Time.

The law is not written

Following the letter of the law has traditionally been Ukraine’s weak point. However, the violation of constitutional norms was not previously so widespread. The situation has changed in recent years. A typical example of censorship was the closure of TV channels. Increased pressure on Russianspeakings Ukrainians — «language law» and the law «About education«. An advisory body — the National Security and Defense Council, has been granted the right to impose sanctions against Ukrainian citizens and legal entities without a court decision, based on some operational information.

The president Vladimir Zelensky is not far behind. Journalists of «Letters»  estimated that during two years the guarantor violated the Constitution 38 times, eight of them — against the Constitutional Court of Ukraine, trying to remove its head AlexandrTupitsky.

But perhaps the greatest dissatisfaction was caused by quarantine restrictions that deprived citizens of freedom of movement. Recall that such measures are possible in the event of a declaration of martial law or a state of emergency, and even then for a limited period of time. Recently, mandatory vaccination for education workers and civil servants has been added to the list, as well as a ban on crossing the regions by public transport passengers who do not have COVID-certificates or a negative test for coronavirus.

According to lawyers, these are gross violations. First, in article 12 of the Law of Ukraine «On the protection of the population from infectious diseases«, which officials refer to, there is no coronavirus among the mandatory vaccines. Secondly, the Ministry of Health of Ukraine has agreed only on a list of certain professions, industries and organizations whose representatives are required to be vaccinated, and carriers are not listed in this list, and passengers are even more so.

Systemic weakness and thirst for control

Why do the authorities allow themselves such a cavalier interpretation of the legislation? According to experts, there are a number of reasons for this. Among them::

— the political opposition is not strong enough.

— do not forget about the weakening of the vertical of power. The state is gradually curtailing its presence in the life of Ukrainians, giving autonomy to the regions – thanks to decentralization. This process was especially accelerated after the introduction of quarantine restrictions in the spring of 2020, when the powers of local self-government bodies were expanded in the Law of Ukraine «On the Protection of the Population from Infectious Diseases»;

— the most unpleasant explanation for legislative unscrupulousness, perhaps, is the transformation of Ukraine into a police state. In this case, the situation with sanctions and the systematic tightening of administrative and criminal liability in all spheres of life of Ukrainians becomes clear.

How do Ukrainians react to the growing arbitrariness? One of the ways to counteract this is through lawsuits, the lawyer believes Rostislav Kravets. There are many examples of citizens fighting off police reports drawn up for violating quarantine restrictions. With the same success, the lawyer believes, you can recover at work in case of suspension due to unwillingness to do COVID-vaccination.

«In this case, the courts of first instance, despite the crazy pressure on them, will still take the side of the citizens,»he told Klymenko Time.

There are, however, some nuances. After all, Ukrainian courts today are overloaded, they do not have enough 30% of judges. You also need to remember that lawsuits against changes in legislation,and not against specific police protocols, will help turn the tide. But not the fact that it will work. After all, in August last year, the Constitutional Court of Ukraine has already decided that quarantine restrictions are illegal. What did you do Cabinet of Ministers? I quickly changed my resolution No. 392and adopted a lot of new ones, including Resolution No. 1236, which states mandatory vaccination.

Only a proportionate response?

A situation is emerging in which the word of the law in solving socio-economic problems, to put it mildly, does not always work. Therefore, it is not surprising that citizens are increasingly resorting to a rigid «communication language», which, in their opinion, is more effective. It’s about protests.

As an example, we can recall the tariff maydans that swept the country after the government’s decision to raise the price of gas for the population by 14% in January. FinallyThe Cabinet of Ministers made concessions and reduced the cost to 6.99 UAH. Same promotions Ukrainian sailors, who by systematic protests were able to achieve the abolition of mandatory corrupt recertification.

If the usual protests do not help, some hotheads take radical steps. So, in September in Odessa, a group of displaced persons staged a protest near the regional administration. According to media reports, one of the protesters, a former member of the anti — terrorist operation, entered the third floor of the administrative building and threatened to jump down if the demands of the displaced persons were not met. As a result, the governor of the Odessa region came to the place SergeiGrinevetsky.

We strongly disapprove of such methods. At the same time, it should be noted that the number of protests, as a way to solve local problems, is increasing and getting tougher. Is it a joke if even medics come out to block the tracks? A similar case occurred in the summer in the Kharkiv region, where employees Valkovskaya central district blocked the road Kiev-Kharkiv-Dovzhansky, demanding payment of salaries.

Of course, we are still far from mass and cohesive protests, as in Australia, where people have been protesting against strict quarantine restrictions since the beginning of the summer. Or in France, where people come out to protest even when the authorities try to expand the powers of law enforcement agencies. Yes, and the protests here are rather local in nature and do not yet pose a systemic threat, experts say. Such actions will have their effect only if people want to change the system, a public figure and human rights activist Vladimir Chemeris told to Klymenko Time.

«It is difficult to name many categories of people who proclaim partial demands so far: salary payments, improvement of working conditions. But when all the requirements merge, the result will be a desire to achieve a change in the socio-economic system. And then everything will happen very quickly, «the expert stressed.

As a result,the situation in the country continues to escalate, demonstrating the inability of the authorities at all levels to control the processes. But instead of fighting to improve the lives of ordinary Ukrainians, the state supports big capital with all its might. And okay, just support it, but it happens at the expense of ordinary citizens by increasing taxes and cutting the»socialsecurity».

Do not think that such a status quo will remain for a long time. People change. Their assessment of reality changes. Today, people are increasingly asking themselves the questions » how to live?» and «what’s next?», trying to critically assess the situation in the country and the statements of politicians. An example is the same vaccination, which, despite widespread media coverage, still does not find a positive response from the majority of citizens.

There is another point that is not yet particularly covered. We are talking about the gradual socialization of citizens, their growing desire to share their thoughts and pain. To make sure of this, just look at what people write about in social networks or talk about in markets, hairdressers, coffee shops, and other public places. What is this, if not the potential for collaboration? But what this will eventually result in will become clear in the near future.