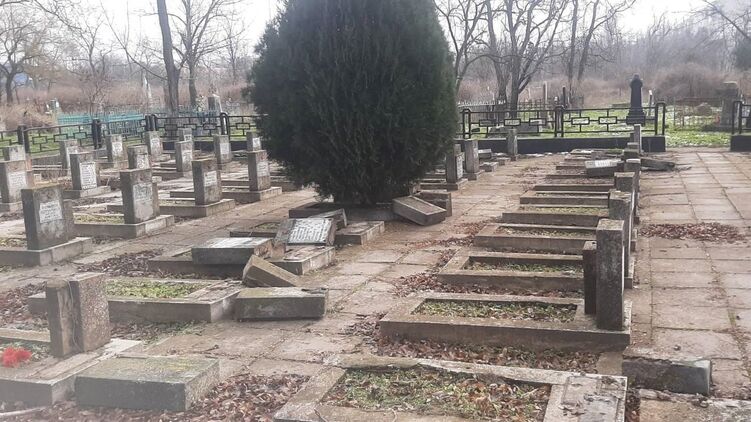 In Kherson, unknown vandals damaged the monuments of the mass grave of the soldiers-liberators of the Second World War. The police identify those involved in the crime, they face five years in prison.

This is reported by the press service of the police in the Kherson region.

On Tuesday, January 12, the police received information from a 39-year-old local resident that unknown persons damaged about 20 monuments of the mass grave at the memorial cemetery in Kherson.

«On the spot, employees of the investigative task force of the Kherson police Department found 17 broken and knocked to the ground stone slabs of the mass grave of soldiers-liberators of World War II,» the report says.

Information about the crime is included in the Unified Register of Pre-trial Investigations. Information is included on the grounds of Part 2 of Article 297 (abuse of a grave, other place of burial or over the body of the deceased). The Criminal Code of Ukraine. The sanction of the article provides for punishment in the form of restriction of liberty for a term of three to five years or imprisonment for the same term.

At present, operational search activities are continuing to identify those involved in the commission of the crime.