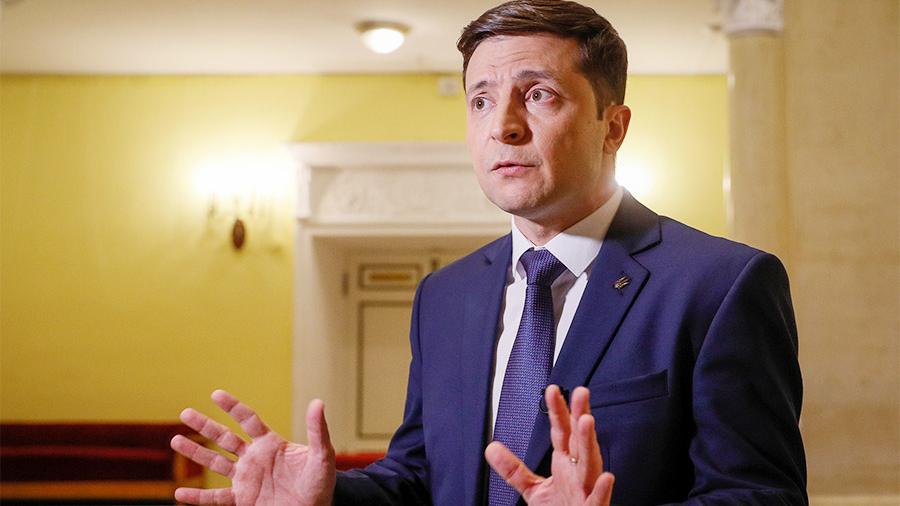 The Supreme Court of Ukraine recognized that while on duty, the president was obliged to speak Ukrainian, but completely closed the proceedings on the claim for recognition of the illegal communication of Volodymyr Zelensky in a non-state language.

The Supreme Court announced this on its Facebook page on Friday, October 9.

The Administrative Court of Cassation as part of the Supreme Court dismissed the claim of the plaintiff, who asked to declare illegal the communication of the President of Ukraine on May 23, 2019 at the forum of Internet figures iForum-2019 in a non-state language and oblige the head of state to refrain from communicating in a non-state language throughout Ukraine when fulfilling their powers, — the message says.

Also, the Grand Chamber of the Supreme Court noted that the president is politically responsible for what he does in the framework of political activity, and not while on duty. And the proceedings on the claim for the recognition of illegal the fact of communication of the President of Ukraine in a non-state language is completely closed.

However, as emphasized in the message, the Grand Chamber of the Supreme Court pointed out that while on duty, the President of Ukraine is obliged to communicate in the state language.

«At the same time, for actions committed in the framework of political activity, not during the exercise of the powers stipulated by the Constitution, the President bears political, not legal responsibility,» the message says.

The Politics of the Country Telegram channel gave an explanation for what was happening.

“The Supreme Court of Ukraine ordered the president to speak Ukrainian. But at the same time, he noted that the president bears political, but not legal responsibility for violating this norm. We are talking about a lawsuit regarding Zelensky’s speech on May 23, 2019 at iForum-2019, where he spoke Russian. The plaintiff demanded to oblige the president to refrain from using a non-state language. And the Supreme Court has now put an end to this process.

Well, as a point … On the one hand, he noted the need for the president to use the state language while performing his official duties. However, the court attributed the speech at the forum to «political activity» and not to the performance of official duties. Therefore, the president cannot be brought to legal responsibility for this. Only political, which does not apply to the jurisdiction of the court.

So the Supreme Court decided and closed the case. In general, if the president of Ukraine wants to speak Russian somewhere, he can always say that he is currently engaged in “political activities,” the message says.