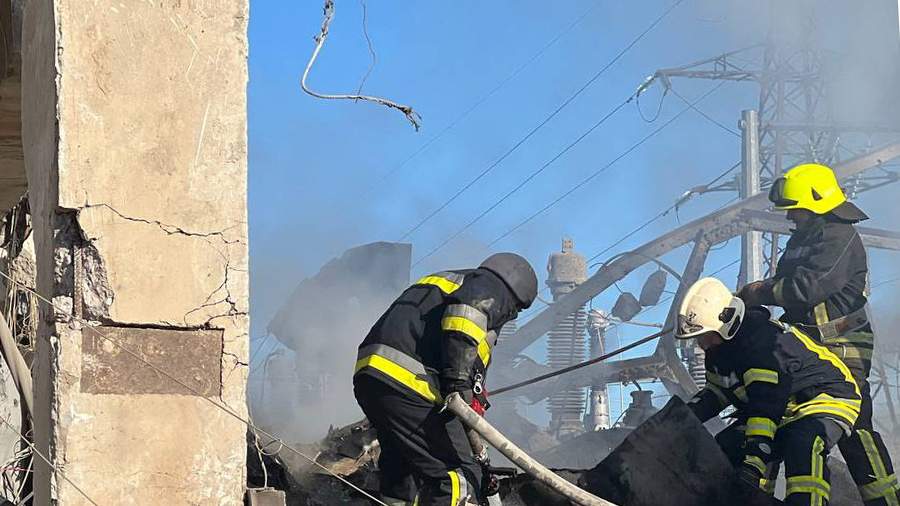 As a result of massive missile strikes in Ukraine, all major thermal and hydroelectric power plants were damaged, Vladimir Kudritsky, head of the board of the national energy company Ukrenergo, said on November 29.

«During seven missile attacks since October 10, all major thermal and hydroelectric power plants in Ukraine have been damaged. I cannot go into details about the consequences of each specific strike,» the Ukrainian edition of Novoye Vremya quotes him as saying. Business».

On November 24, President of Ukraine Volodymyr Zelensky asked the West to provide Kiev with diesel and gas to compensate for the shortage of electricity in the country. On the same day, he said that almost all regions in the country continue to experience serious problems with electricity supply. Also, according to him, 15 regions are experiencing problems with water supply.

On November 22, Kyiv Mayor Vitali Klitschko said that the city could face the worst winter since World War II due to a power outage.

On November 17, the European Commissioner for Crisis Management, Janez Lenarcic, said that the destruction of energy infrastructure in Ukraine had reached a critical level. In this regard, the EC has decided to supply Ukraine with energy equipment with a total weight of 1,800 tons.

On November 15, the Russian Armed Forces delivered another massive blow to the military administration system of Ukraine and related energy facilities. According to Ukrainian media, it was the largest single missile strike on targets in the country since the beginning of the Russian special military operation. Three days later, on November 18, the Prime Minister of Ukraine Denis Shmygal said that almost half of the country’s power system was out of order.