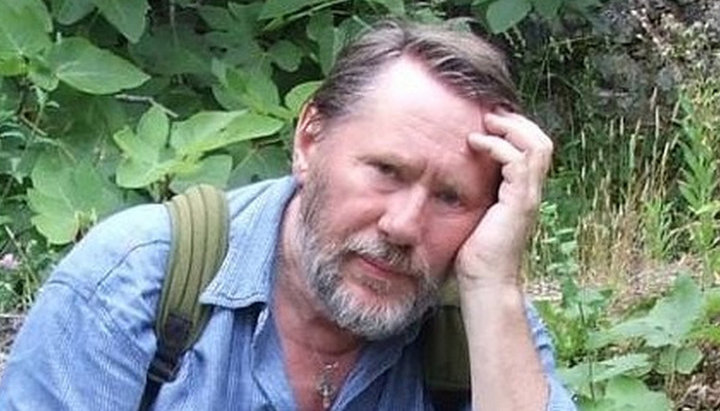 A 65-year-old writer from Cherkassy who criticized Tomos and the OCU, who was sentenced to two months of house arrest in July, announced the upcoming trial.

Oleg Slepynin, a children’s storyteller from Cherkassy, a laureate of international literary prizes, was presented with an indictment in the case of inciting sectarian hatred and now he will stand trial. The writer himself, who is accused of disseminating critical materials about the Tomos and the OCU, considers the upcoming trial to be a significant precedent for all defenders of the Church.

“The investigator and the prosecutor gave me the evening of the indictment under Part 1 of Article 161 of the Criminal Code of Ukraine — incitement of sectarian hatred, it is not excluded, for the burning of a schismatic“ Tomos ”at the metaphysical level by articles allegedly published by me under a pseudonym on the Internet,” Slepynin said on his Facebook page on Tuesday 1 September 2020.

In the received indictment, according to the writer, it is noted that “the kindling was committed at an unspecified date and time, under unspecified circumstances; there are no victims of a criminal offense; the prosecutor is absent from the case; property damage was not caused «and after expert examinations in the amount of more than 37 thousand hryvnia» the circumstances that mitigate the punishment have not been established. «

“A precedent is being created. So that every person, including the priest and the bishop of the canonical church, knows that defending the Church is fraught with danger, opposing the seizure of churches cannot be called in his theological discourse schismatics — schismatics no, no: they will drag them out, just as one cannot recall with a quiet word no anathemas, neither self-saints, nor can we quote the words of the saint that schismatics commit such a sin that the blood of a martyr cannot atone for it. Why can’t all this be? It’s simple: the schismatics are offended, they have their own view of the church canons. What’s next? Further, the court. And the trial is always interesting. Although it is preferable to watch him from the side. But what is, that is, and thank God. Our work is Christ’s, ”wrote Oleg Slepynin.

As reported by the UOJ, on July 16, 2020, the Cherkassk court sentenced Oleg Slepynin, who criticized Tomos and the OCU, to two months of house arrest. In 2019, the writer was accused of producing and distributing, commissioned by «Russian curators», materials condemning the creation of the OCU and the receipt of the Tomos.